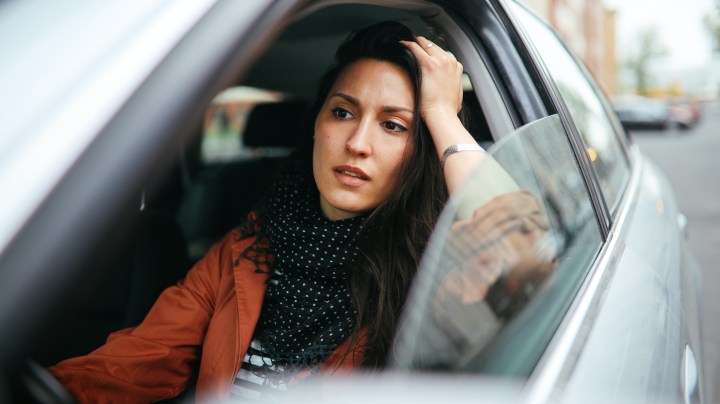 COPY
That summer road trip may cost you way more than you budgeted for. lechatnoir via Getty Images

That summer road trip may cost you way more than you budgeted for. lechatnoir via Getty Images
Listen Now

When Josh Rosenbaum started planning a trip to Florida for Memorial Day weekend, he did what a lot of people do: booked his flight a couple of months in advance, got the hotel squared away, and figured he’d book a rental car later.

“I thought, ‘Oh, the rental car won’t be a problem. It never has been a problem,’” Rosenbaum said.

“With the city tax and the airport surcharge and this, that and the other, it ends up being about $600 for a three-day weekend,” said Rosenbaum, a high school teacher and coach in Phoenix. “That’s two-thirds of my trip right there.”

A lot of people have been unpleasantly surprised lately when trying to book rental cars, according to Paula Twidale, senior vice president of AAA Travel, who said average rates are now topping out around $134 a day.

“It’s a lot more than what it was,” she said. “It’s a lot more for people to get their arms around, not anticipating that sometimes renting a vehicle for four or five days can be more than the airline ticket.”

There are three main reasons rental car rates have risen so significantly, according to Chris Woronka, leisure analyst at Deutsche Bank.

No. 2, rental car companies didn’t anticipate that demand would come back as quickly as it has.

“We have seen travel improve every month in 2021,” Woronka said. “But it really started kicking into high gear in late February and March when people started to be fully vaccinated.”

No. 3, as the rental companies saw demand coming back, he said, “they tried to buy cars, and they couldn’t get all that they wanted.” That’s because of the computer chip shortage that has forced automakers to shut down some production lines.

Put that all together and you have higher prices pretty much everywhere, and on some dates in some places, no cars to be found at all.

“In Anchorage, Alaska, there are dates in July that … there are no cars available by any car company at that point in time,” Twidale said.

The same is true around some national parks, which have been very popular during the pandemic, and in Hawaii, where some tourists have been resorting to renting U-Hauls.

The shortage is likely to last at least through the summer, according to Jonathan Weinberg, founder and CEO of AutoSlash.com.

Even if you do, be prepared for the fact that “rental rates are crazy high right now,” Weinberg said.

She started looking at rental places away from the airport, which is something Twidale of AAA recommends, and found a car for a bit less — $600 for the week instead of a thousand.

It was still more than she was hoping to spend, but she decided to reserve it, just in case.

“You don’t have to pay at the time that you book it,” Martinez said, “so I was like, ‘I can always shop around and see if there’s anything that comes available.’”

As it turns out, nothing cheaper has become available. Instead, when Martinez searched again last week, she got a message saying, “There are no vehicles available based on the criteria I’ve entered.” That’s for mid-August. Two and half months from now.

“Glad I booked it,” she said with a laugh.

After a lot of stress and searching, Josh Rosenbaum also booked something, finally, for his trip to Orlando and Jacksonville this weekend. But not through a rental car company.

Instead, he found something for about half the cost on Turo, a site that’s kind of like an Airbnb for cars.