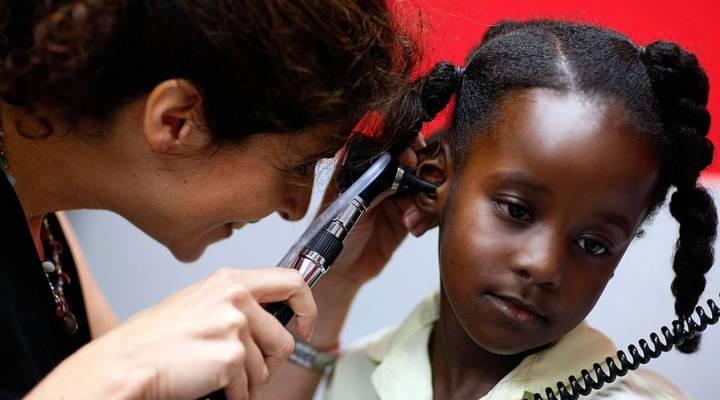 When Rebecca Miller found out that the funding for the Children’s Health Insurance Program had expired, she didn’t realize it affected her — at first. She lives in Big Fork, Montana, with her two children and her husband, who is a pastor.

“I work part time as an editor,” Miller said. “So I don’t make a heap of a lot of money, either, but we make too much for, you know, poverty assistance. But we make too little to pay for our health bills adequately.”

Miller’s children are covered under the Healthy Montana Kids Plan. It helped pay for optometrists, regular checkups, even the occasional emergency room visit. When her son was diagnosed with C-Diff, a bacterial infection, Miller was able to afford his care because of HMK.

But due to the difference in nomenclature, Miller didn’t realize that HMK is also a part of the federal CHIP program. When she heard online that the program could be affected by the CHIP funding cliff, she was alarmed.

“I’m like, whoa,” Miller said. “My kids are going to lose their health insurance, and I don’t think anybody around here knows about this.”

Miller’s confusion is understandable because CHIP looks different depending on what state you live in. Created in 1997 to help insure children whose families couldn’t qualify for Medicaid, but still couldn’t afford other types of insurance, the program gave states a lot of flexibility in how they implemented it. In some states, CHIP funding is integrated into the state Medicaid program. But in other states, CHIP is used just by itself, independent from Medicaid.

“It has had an enormous impact, according to all research that’s been done on insurance coverage for children,” said Sara Rosenbaum, a health policy researcher at George Washington University. According to Rosenbaum, the program has been a tremendous success.

“It has dropped … the proportion of uninsured children in the United States from almost 14 percent to fewer than 1 in 20,” Rosenbaum said. “Something under 5 percent of children have no insurance.”

What happens now that the funding  has expired?

In short, it means that states won’t receive CHIP money until legislation is passed that renews it. But what that looks like, exactly, depends on which state you live in.

In most states, CHIP funding was used to expand Medicaid. And that will get expensive, but not necessarily for the parents — at least not right away.

“They continue to get their coverage, but the states start losing a lot of money,” Rosenbaum said. “And states haven’t budgeted for these kinds of losses.”

In these states, the CHIP money was integrated into Medicaid, so there’s a Medicaid safety net if the CHIP money vanishes. But it’s a different story if your state uses a standalone CHIP program.

“In those states, and there are many of them,” said Rosenbaum, “when the money runs out, there’s no Medicaid safety net. You know, there’s nothing to pick up the funding, and in a Medicaid situation, the normal Medicaid funding kicks in. You just don’t get as much of it in a separate CHIP situation like Utah, or Alabama, or other states that have separate programs. There’s no money.”

What should you do if you’re a parent?

While Rosenbaum acknowledges that it seems like there’s a lot of uncertainty surrounding CHIP, she’s optimistic.

“You should, I think, continue to rely on your insurance coverage,” Rosenbaum said. “I have no doubt that, in the end, Congress will come through. I think they realize that this is such a fundamental commitment to the nation.”

Historically, CHIP has been a bipartisan cause. Before the program’s Sept. 30 deadline, there was already a bipartisan bill outlining a way to renew CHIP. And while Rosenbaum is confident that legislation will pass, she also recognizes that it may not come as quickly as some families need it to.

“The Medicaid Commission, which advises Congress, let Congress know over the summer that the first states would start to feel the effects of this in this quarter, beginning Oct. 1,” Rosenbaum said. “But the big tranche of states losing funds, and therefore potentially having to eliminate their programs entirely or start making other cuts to Medicaid to offset the loss of funding, will happen in the winter and spring.” 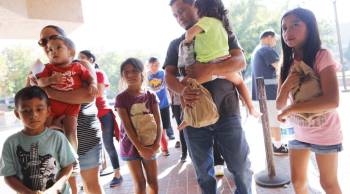