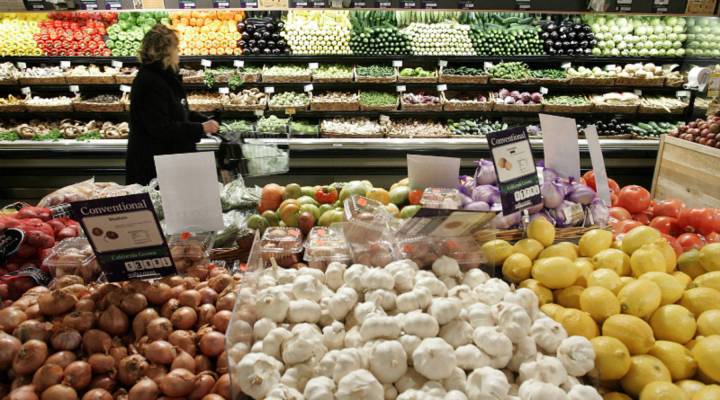 Your time is up.

That’s what users of SNAP, or the Supplemental Nutrition Assistance Program, may hear soon. SNAP is the program formerly known as food stamps. It’s that plastic card, loaded with around 6 bucks a person, that lets you shop at the grocery store. But starting Friday, changes to the program kick in, and up to 1 million of the poorest Americans could lose their benefits.

“Most of our safety net is geared towards families with children, or seniors and people with disabilities who can’t work,” said Dottie Rosenbaum, a senior fellow at the Center on Budget and Policy Priorities.

For the first time since the recession, a time limit for benefits will be returning, she notes. SNAP users in more than 20 states will be affected, and those in the business of emergency food provision are concerned.

The time limit, capped at three months over three years, affects ABAWDs, the government’s acronym for Able-Bodied Adults Without Dependents. That’s adults who aren’t disabled, between the ages of 18-49, who work less than 20 hours a week. For some of them, the clock started ticking down at the beginning of the year.

“No matter how hard they’re looking for a job, or are willing to participate in a job training program, they lose their SNAP after three months,” Rosenbaum said.

Food pantries and soup kitchens may not be able to keep up with the increased demand.

“Charity is no substitute for policy,” said Triada Stampas, vice president for research & public affairs at the Food Bank For New York City.

Up to 45,000 New York state residents stand to lose their benefits, Stampas said.

“Over the course of a year, that’ll be a loss of 26 million meals,” she added.

The USDA, which oversees the program, says it doesn’t have an estimate of how many individuals may be affected.