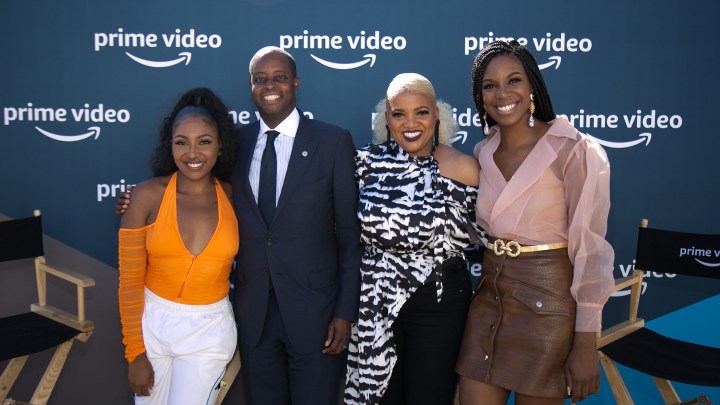 Howard University is reestablishing its College of Fine Arts as a stand-alone school within the university, and it just announced that it will name the college after actor Chadwick Boseman, who fought to preserve it when it was absorbed into the larger university two decades ago. There’s been a lot said about the pipeline problem in Hollywood. Could having a dedicated fine arts school at a historically Black university make a difference?

People of color make up just over 40% of the U.S. population, and, in 2020, actually a proportionate number of the actors in films, including lead roles.

“We saw tremendous progress for people of color in front of the camera,” said Darnell Hunt, a dean at UCLA and co-author of the school’s annual Hollywood Diversity Report.

That’s the good news. But, “behind the camera, the progress isn’t as remarkable,” Hunt said. “People of color make up just over a quarter of film directors and writers,” and only about 7% of film industry senior executives. “The executive suites continue to be primarily run by white men. They’re the ones making decisions about what gets greenlighted, the type of budget, who’s going to direct, and it has this trickle-down effect.”

This is a huge problem to tackle, and Howard University President Wayne Frederick said one school can’t fix it alone.

“But we definitely are going to try to put a major dent in that problem,” Frederick said.

Howard has a fine arts program already, but Frederick says with a dedicated school, it can attract more funding, expand enrollment and start new programs.

One model: In 2019, it launched a partnership with Amazon Studios. Students in fine arts, communications, business and law can take classes co-taught by Howard faculty and Amazon Studios employees. Part of the point is to develop future C-suite executives.

“We have law students, School of Business students, who have an interest in the industry from the side of the business aspects and ownership, being able to greenlight films, how to finance them, etc.,” Frederick said.

Who runs the business of Hollywood matters, said Victoria Rowell, an actor, producer, writer and director. She created and is currently working on a soap opera comedy on BET+ called “The Rich and the Ruthless.”

“If these C-suites don’t change with African American people who can pull the trigger and give equal budgets — not, you know, $2 million to the Black producer and $20 million to a white producer — then we’re not going to see the parity that stories deserve,” Rowell said.

One other finding of the UCLA report: Films with lead actors who were people of color or women were more likely to have smaller budgets.