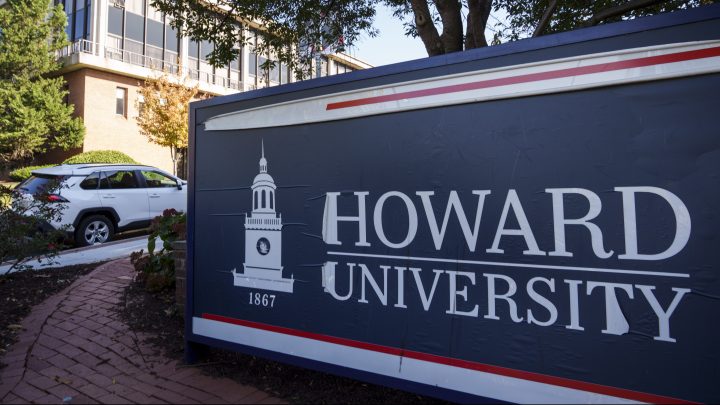 The Department of Defense announced a military research contract this week. While Pentagon contracts are the coin of the realm in a certain slice of this economy, this one is worth a mention — because it went to Howard University in Washington, D.C.

The $90 million contract to research military applications of autonomous technology makes Howard the first historically Black institution to get this kind of military research contract. And it comes amid a bigger push to fund more research at HBCUs in general.

HBCUs were founded as teaching institutions to focus on Black students “at a time when most other institutions would not,” said Dominique Baker, a professor of education policy at Southern Methodist University.

She pointed out that as other predominantly white institutions evolved to include research, HBCUs were systematically underfunded, which made it harder to establish doctoral programs, pay for state-of-the-art equipment and attract talent.

“It created a cycle where it was more difficult for HBCUs as institutions to be able to set up research teams, research centers,” Baker said.

This new contract for Howard is a big step toward recognizing that HBCUs can and should be bigger contributors to research.

“If research is dominated by a certain type of institution, we end up having research that don’t really reflect everything that the United States has to offer,” said Ivory Toldson, national director of education, innovation and research for the NAACP and a professor at Howard.

Many federal and state grants require universities to be what’s known as an R1 institution to be considered for funding. There are currently no HBCUs with that designation.

“The path to R1 is not necessarily simple or clear,” said Sara Gast with the American Council on Education, which determines whether a school receives the R1 classification. She noted that the methodology looks at 10 variables and rewards high levels of spending on scientific research.

“It’s a little bit like a decathlon,” Gast said. “You have to kind of show up on all different, all 10 variables in order to do well in the methodology.”

The ACE wants to make the methodology more inclusive, Gast said, and plans to release that update this year. She added that grants like the one from the DoD to Howard are key to building research capacity.

“The funding that they’re receiving will allow them to do the type of inquiry and research and hire staff to really build out that enterprise at their institution,” Gast said.

Another key component to building research capacity? Beefing up the fundraising arms of HBCUs.

“That’s an investment that would really pay off and would also help pave the road toward being R1,” said Marybeth Gasman, executive director of the Rutgers Center for Minority Serving Institutions.

And HBCUs’ long history of teaching and supporting students could also make them great centers for research, said Toldson of Howard and the NAACP.