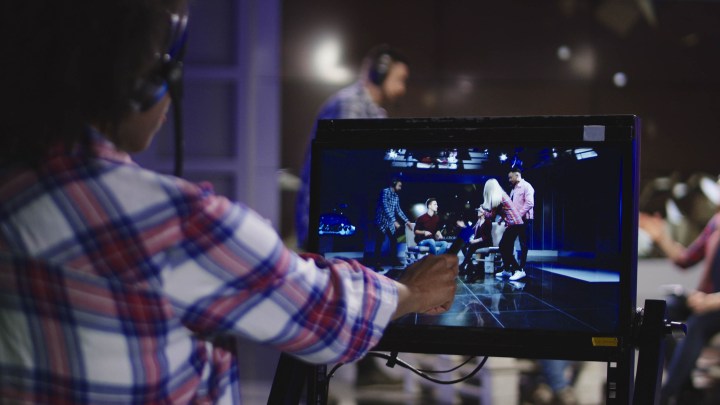 COPY
Only about 6% of writers, directors and producers who work on films made in the U.S. are Black, and that number has barely budged in 15 years, according to a report from McKinsey & Company. EvgeniyShkolenko via Getty Images
Race and Economy

Only about 6% of writers, directors and producers who work on films made in the U.S. are Black, and that number has barely budged in 15 years, according to a report from McKinsey & Company. EvgeniyShkolenko via Getty Images
Listen Now

A new report out Thursday from the management firm McKinsey & Company finds that only about 6% of writers, directors and producers who work on films made in the U.S. are Black, and that number has barely budged in 15 years.

The report also finds that movies with Black professionals in off-screen roles get less funding, less marketing and less distribution than other films.

There is more demand than ever for movies and TV shows with diverse casts. But Sheldon Lyn at McKinsey said films led by Black producers, writers and directors get 40% less funding than other films.

Even though, he said, per dollar spent, “films with Black leads generated 10% more in returns at the box office.”

By addressing racial inequities, McKinsey estimates the industry could bring in another $10 billion a year.

“What we can say concretely is that with increased diversity, we will have better economics for the industry,” said Franklin Leonard, a film and TV producer and CEO of The Black List, a network that aims to connect screenwriters with filmmakers.

Leonard said that if the industry recognizes prioritizing racial equity is the right thing to do, both morally and financially, “we should be hiring and promoting based on people’s ability to hire and promote inclusively.”

Films with at least one Black senior producer or executive, McKinsey found, are much more likely to have Black people in other off-screen roles, too: as writers, producers and directors.