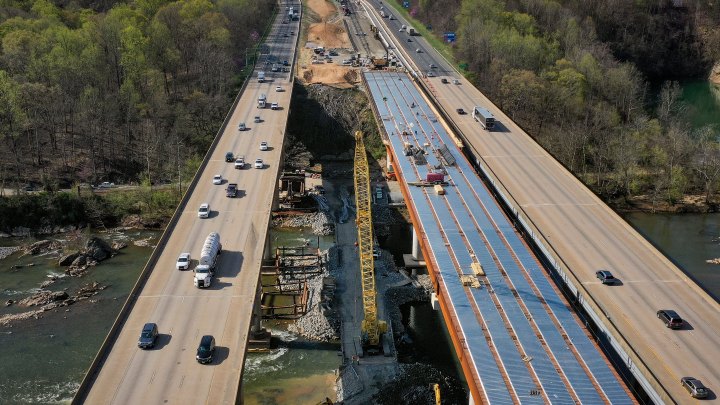 President Joe Biden met Thursday with a delegation of Senate Republicans to talk about infrastructure. At the same time, Congress is working on its annual surface transportation bill — which could be tacked on to Biden’s infrastructure plan. A key component of that bill is earmarks, the term for money lawmakers request for projects back home. But earmarks have their pros and cons.

On the pro side, earmarks can get lawmakers to work together because both Republicans and Democrats have skin in the game — say, money in a bill for new roads in their districts.

“It is infinitely more difficult to vote against or obstruct a bill that provides direct aid that you personally have requested for your constituents,” said Henrietta Treyz, director of economic policy research at Veda Partners, which provides political analysis for investors.

On the con side, earmarks have led to corruption in the past. Kevin Kosar, a resident scholar at the American Enterprise Institute, said some lawmakers fell into what he called sleazy relationships with lobbyists for big corporations that sought earmark money.

“Lobbyists would approach them for earmarks, legislators would give the earmarks and then this would result in campaign donations to the legislator or perks like a trip to go play golf in Scotland,” Kosar said.

This is why earmarks were basically banned about a decade ago. Now they’re being revived, with safeguards. For-profit corporations are no longer eligible for earmarks. Ed Mills is Washington policy analyst for Raymond James — a Marketplace underwriter. He said the safeguards took a little of the tarnish off earmarks for lawmakers.

It gave them “the ability to say, ‘Yes, we are doing it, but there are restrictions in place,'” Mills said.

Also, earmark requests have to be public, they’ll be audited and lawmakers have to prove that people back home really want them. Mills says that right now, the safeguards are strong enough to keep the cons from outweighing the pros.