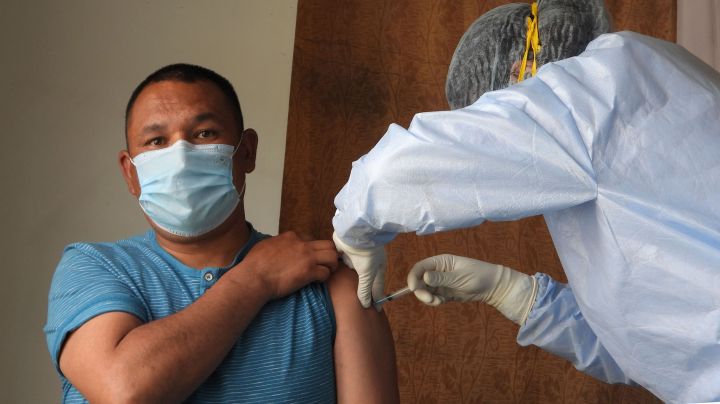 COPY
To ensure that lifting patent restrictions has an impact, vaccine companies need to share know-how with manufacturers around the world. Mohd Arhaan Archer/AFP via Getty Images
COVID-19

To ensure that lifting patent restrictions has an impact, vaccine companies need to share know-how with manufacturers around the world. Mohd Arhaan Archer/AFP via Getty Images
Listen Now

She also said the U.S. will actively participate in negotiations at the World Trade Organization on what that would look like.

But there are a lot of questions about how much of a difference waiving patents would make in increasing production and distribution of vaccines around the world.

One argument against the move is that patent protections are not the only thing, or even the main thing, preventing countries from churning out more vaccine.

“The waiver is the first step,” said Madhavi Sunder, a professor at Georgetown University Law Center. “We need these companies to share with manufacturers around the world how to make these vaccines safely and effectively. Just reading the patent isn’t going to teach them.”

But the prospect of a waiver — which pharmaceutical companies oppose — could be enough of a bargaining chip to get them to volunteer that information, according to Nicholson Price, at the University of Michigan Law School.

“I could imagine the wheels being greased a little bit if this is something that’s on the table now, that I think the pharmaceutical industry reasonably thought was effectively off the table until pretty recently,” he said.

And, if not, the U.S. government does have other leverage to push companies to share their know-how.

Such as the fact that it has a patent that Moderna and other developers are using in their vaccines, said James Krellenstein of the advocacy organization Prep4All.

“The U.S. government right now could basically say, hey, you’re using our technology. As a condition of this, you have to transfer the technology over,” he said.

Even if all that gets worked out, there’s the question of whether there are enough factories in the world ready and able to make these vaccines.

“But we know we can build new factories extraordinarily rapidly. There was not a single factory in the world in February of 2020 that could make mRNA vaccines at a commercial scale. We built those factories.”