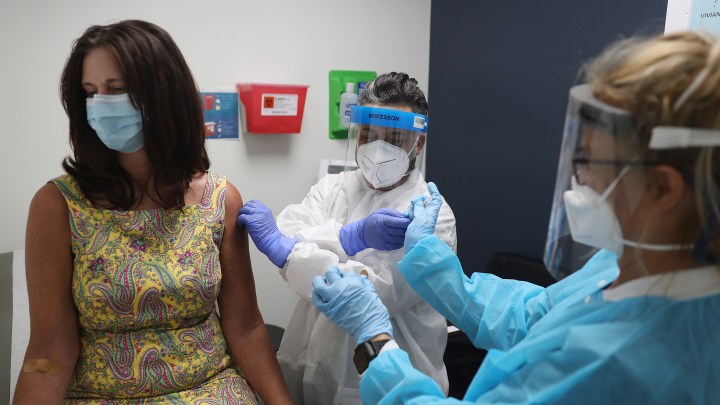 We got more promising news on the vaccine front Monday. Drugmaker Moderna said its COVID-19 vaccine is 94.5% effective. This comes just a week after drugmaker Pfizer reported a success rate of over 90%. And these two aren’t the only companies racing to produce a viable drug. Is it fair to call this a vaccine competition?

Both companies are clearly racing to get their product to market as soon as possible, but “these vaccines won’t be ‘marketed’ in the usual sense,” said William Schaffner, an infectious disease expert at Vanderbilt University.

He said initially the government is going to be the main buyer and distributor of these vaccines, which means “the distribution should be coordinated rather than competitive.”

Schaffner said the CDC in Atlanta is preparing for distribution when the vaccines are ready.

And when the pandemic is behind us and COVID-19 is just another infectious disease, things might change, said Aaron Kesselheim, professor of medicine at Harvard Medical School.

“Then you might see some marketing competition between Pfizer and Moderna and whatever other manufacturers have a vaccine at that point as well,” he said.

Both vaccines would still need to be cleared by the FDA before distribution.