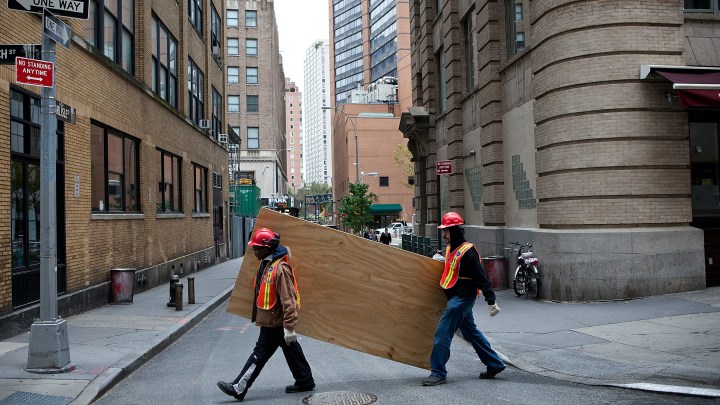 The Biden administration says its massive infrastructure package will provide jobs and move the country into a greener, better-connected economy. Economists are digging into the $2 trillion plan to see what it will mean for GDP and growth.

In general, spending on infrastructure has its positives and its negatives. On the positive side, the government’s spending a lot of money in the economy for a few years.

“You’ll be hiring construction workers to be building roads and installing broadband,” said Benjamin Page with the Urban-Brookings Tax Policy Center. And, of course, spending on infrastructure gets you … infrastructure.

“It only takes a little bit of traveling around the world to realize that the U.S. has fallen way behind,” said Luis Servén, a professor of economics at CEMFI in Madrid who used to run macroecomic research for the World Bank. Infrastructure, he said, adds to gross domestic product.

“The ability of the economy to generate goods and services is increased over time,” Servén said.

For starters, taxes, needed to pay for infrastructure.

“The Biden tax increases would reduce investment in fixed asset and that includes infrastructure by the private sector,” said Veronique de Rugy with the Mercatus Center.

Also, if the government has to borrow more, it can drive up interest rates, which makes it more expensive for private companies to borrow. That’s also a drag on GDP.

“When you wrap it all together, we find by 2031 GDP will fall by around 1%,” said Kent Smetters, the faculty director. But, he said, GDP’s not everything. It doesn’t, for example, measure internet connection speeds or commute times.