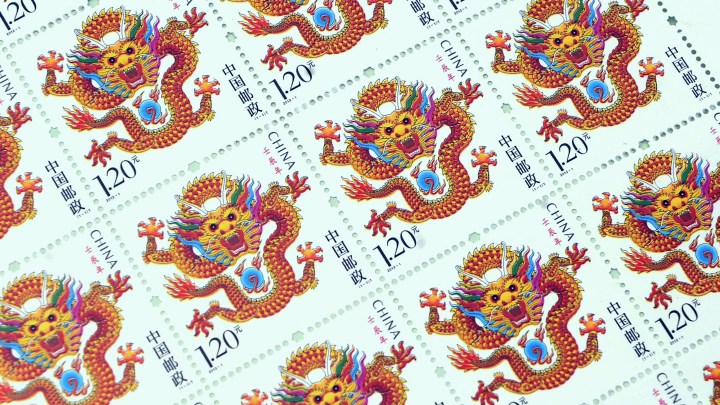 Prior to 2020, the biggest challenge businessman Bai Haitao faced was getting paid on time.

He used to sell LED lights to big construction projects in China.

“A lot of my projects were with government departments or state-owned firms. In China, it is very common for clients to delay payments. One client took 10 years to pay off an invoice,” Bai said. “The client paid me bit by bit every year. It was unbearable.”

He has since switched to e-commerce and sells mainly to the U.S. and Europe under the name Vastsee via the American shopping platform Wish. Its top-selling items are cellphone holders, robot vacuums and earrings.

However, a seemingly small change like the U.S. raising its postage rates has knocked Chinese sellers like Bai, who are already reeling from the COVID-19 pandemic.

“The stress has been massive this past year. There were so many points we were on the brink of closure,” Bai said.

At the start of last year, when China locked down most of its economy, Bai scrambled to get his overseas orders fulfilled.

“Shenzhen and Yiwu cities manufacture our products, but those factories stopped operating. We went from factory to factory, begging each one to send us whatever products they had in stock,” Bai said. “Every e-commerce seller was competing for the same products.”

When Chinese manufacturers went back to work and Bai’s staff members were able to return to Shanghai to work in March, the pandemic had spread globally and the rest of the world went into lockdown.

“Right then, our sales plummeted,” Bai said. “We were blindsided.”

When the situation did not improve after a month, Bai said, he became desperate and started selling personal protective equipment to shield people from the coronavirus.

Dealing in PPE amid heightened demand came with challenges.

“When the U.S. government handed out money, our orders were really good. Sales in May tripled compared to the year before,” he said.

That streak of luck did not last.

Since July, shipping costs for Chinese vendors like Bai have increased a lot because the U.S. raised its postal rates for mail coming from other countries.

Typically, Bai’s firm ships products out from Shanghai through the postal system. Delivery can take weeks or months, but it’s the cheapest method.

It is cheaper to send the item to New York from Shanghai compared to Los Angeles because of an international cost-sharing agreement through the Universal Postal Union, now a United Nations agency. Under the deal, the U.S. covers the bulk of the delivery costs for incoming mail from other countries, while developing states, such as China, pay far less.

“The Universal Postal Union was established more than 100 years ago. It was meant for letter delivery between countries,” Bai said.

E-commerce sellers like him saw a loophole. They sold only small and lightweight items and sent them through the postal system.

“During peak times, I sent more than 10,000 [small parcels] a day to the U.S. Per year, that amounts to millions of packages from my company alone,” Bai said.

The U.S. government argues that this cost-sharing structure is unfair.

Under the previous U.S. administration, that of Donald Trump, an official estimated that America was losing $300 million to $500 million to deliver imports, including goods from Chinese sellers. The U.S. threatened to leave the international agreement unless the cost structure became fairer.

The U.S. got its way and will pay less in subsidies to the Universal Postal Union. Chinese news reports indicate that the changes mean China will pay a lot more in subsidies to have its small parcels delivered abroad — a 27% increase in 2020. Between 2020 and 2025, logistical costs for exporting small parcels from China are expected to increase 164%.

For Vastsee’s Bai, the cost of sending a necklace from his Shanghai warehouse to the U.S. went from pennies apiece to more than $1.

“For items such as headphones, the logistics cost has gone to double or triple the usual price,” Bai said.

That extra cost gets passed on to his U.S. consumers. His firm has seen sales drop by half from 2018, before the trade war started.

“I understand why there is frustration in the U.S. Chinese sellers took advantage of the U.S. postal system. We admit that,” Bai said. “But ask yourself this: Why are Americans able to pay so little for Chinese products? Isn’t it also true that Americans take advantage of our cheap labor?”

Unfortunately for Bai, he has limited avenues to make up lost revenue. If he has an item that is selling well and Wish flags it as a “bestseller,” Bai said, he is restricted by the app’s policy from marking up the price.

Still, he remains keen to sell to Americans because the U.S. is his biggest market, and, he said, at least they pay on time.

No e-commerce seller, he said, “can ignore the U.S. market.”

U.S. was top seller to China during Singles Day