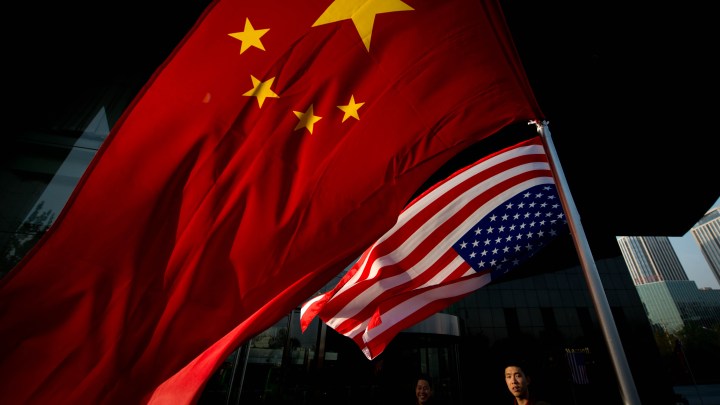 China has imposed counter sanctions against seven American individuals and entities, including former U.S. commerce secretary Wilbur Ross, under the country’s newly passed anti-foreign sanctions law. It is in response to the U.S. government sanctioning seven Chinese officials earlier this month and warning American firms based in Hong Kong of the “growing risks” posed by Beijing.

China has sanctioned individuals such as Ross, the chairman of U.S.-China Economic and Security Review Commission, Carolyn Bartholomew, as well as the D.C.-based think tank Hong Kong Democratic Council but did not specify what specific penalties will be used.

The move has been interpreted as “restrained” because no senior official from the current Biden administration and no American company have been targeted.

The new law can be taken against not just individuals and companies but also staff, their spouses and immediate relatives.

“That would include things like visa restrictions, having assets seized or frozen, having transactions blocked and then, of course, this big broad one, which is ‘other necessary measures,’” according to Joe Mazur, a Beijing-based senior analyst with the consultancy group Trivium China.

These restrictions apply to people who implement foreign sanctions, as well as those who develop them. This mirrors previous actions of the Chinese foreign ministry, which has sanctioned former Secretary of State Mike Pompeo, Senators Ted Cruz and Marco Rubio, plus other officials from the U.S., European Union, the U.K. and Canada. The new law gives China more legal clout to carry out these countermeasures.

When Chinese firms are blacklisted by the U.S., like some where earlier this month over alleged human rights abuses and high-tech surveillance in the region of Xinjiang, the process used to be straightforward for American firms.

“Chinese companies could report to China’s Ministry of Commerce and say an American company is engaging in what is called in legal terms a ‘discriminatory restrictive measure,’ an unfair action,” Yang said.

The term “discriminatory restrictive measure” isn’t defined in the new law, but he said it might be determined by a few government agencies.

Under the new law Chinese companies can sue other firms for causing damages to them by complying with foreign sanctions.

“Conceivably, we could see companies being brought before a [Chinese] court because a counter-party feels it deserves compensation,” said Nick Turner, a lawyer specializing in economic sanctions at Steptoe & Johnson in Hong Kong.

“From an administrative point of view, that kind of language is necessary in order to give the government agencies enough flexibility,” Turner said. “In practice … what the agencies take and do with that language is probably going to be very targeted and narrow.”

China may react more to American or other foreign sanctions related to issues dealing with sovereignty or what it considers to be internal matters, such as those relating to Xinjiang or Hong Kong.

Certain sectors will be more vulnerable, including any companies that use materials from Xinjiang and export to U.S. tech firms, especially those dealing in semiconductors. However, Turner said, most foreign companies in the Chinese market do not have to worry about retaliation because many U.S. sanctions don’t apply to companies in China.

“If you have a locally incorporated company, even if it’s owned by a U.S. parent company, it may not be subject to certain U.S. sanctions,” he said.

Even so, he recommends foreign firms prepare by auditing their supply chains and revisiting contracts with suppliers to ensure they are compliant with the new Chinese law.

“What a lot of companies are doing is they’re revisiting their contracts … and where the language might be a little too strong, I think they’re willing to consider certain carve-outs,” Turner said.

Multinational firms should also proactively audit their risk exposure to hot-button issues such as Xinjiang, Hong Kong and Taiwan, according to analyst Mazur.

“[Multinationals] should also be developing a clear strategy for messaging around sensitive issues just to ensure that messaging is consistent both inside and outside of China,” he said.

Mazur describes the new Chinese law as a “defensive weapon” and a tool of “last resort.”

No U.S. company has been targeted yet.

Another anti-sanctions tool called the “unreliable entities” list has not been used either. It acts as a counter to the U.S. Commerce Department’s economic blacklist, and similar wording can be found in the new anti-foreign sanctions law.

“China is very reticent to actively punish foreign companies, especially U.S. companies, partially because the narrative that China has been seeking to promote is that China is becoming more open for foreign business,” Mazure said. “In large part that is true.”

The Chinese market still welcomes American companies to invest, according to lawyer Yang.

“China does not want to decouple with the U.S. — at least economically,” he said.

U.S. businesses in China are advised not to panic just yet.