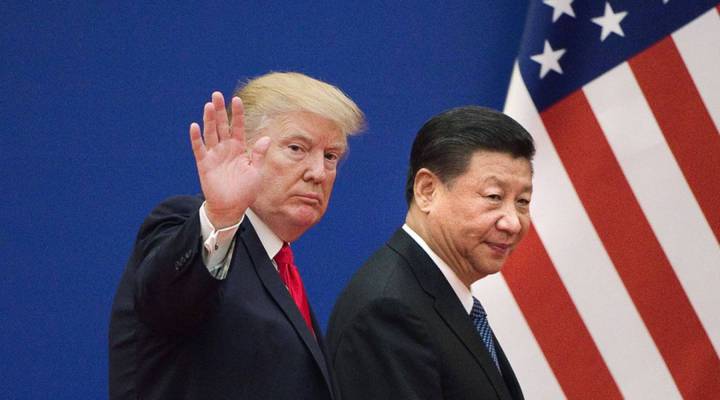 Trade talks between the U.S. and China broke up Friday with no agreement, hours after President Donald Trump more than doubled tariffs on $200 billion in Chinese imports.

Trump asserted on Twitter that there was “no need to rush” to get a deal between the world’s two biggest economies and later added that the tariffs “may or may not be removed depending on what happens with respect to future negotiations.”

A White House official, speaking on condition of anonymity because they were not authorized to speak publicly on the matter, confirmed that the talks had concluded for the day but could not say when they would resume.

Hours earlier, the Trump administration hiked tariffs on $200 billion worth of Chinese imports to 25% from 10%, escalating tensions between Beijing and Washington. China’s Commerce Ministry vowed to impose “necessary countermeasures” but gave no details.

The tariff increase went ahead even after American and Chinese negotiators briefly met in Washington on Thursday and again on Friday, seeking to end a dispute that has disrupted billions of dollars in trade and shaken global financial markets.

American officials accuse Beijing of backtracking on commitments made in earlier rounds of negotiations. “China deeply regrets that it will have to take necessary countermeasures,” a Commerce Ministry statement said.

U.S. business groups appealed for a settlement that will resolve chronic complaints about Chinese market barriers, subsidies to state companies and a regulatory system they say is rigged against foreign companies.

The latest increase extends 25% duties to a total of $250 billion of Chinese imports, including $50 billion worth that were already being taxed at 25%. Trump has said he is planning to expand penalties to all Chinese goods shipped to the United States.

Beijing retaliated for previous tariff hikes by raising duties on $110 billion of American imports. But regulators are running out of U.S. goods for penalties due to the lopsided trade balance.

This week’s setback was unexpected. Through late last week, Trump administration officials were suggesting that negotiators were making steady progress.

U.S. officials say they got an inkling of China’s second thoughts about prior commitments in talks last week in Beijing but the backsliding became more apparent in exchanges over the weekend. They wouldn’t identify the specific issues involved.

A sticking point is U.S. insistence on an enforcement mechanism with penalties to ensure Beijing lives up to its commitments. American officials say China has repeatedly broken past promises.

China wants tariffs lifted as soon as an agreement is reached, while U.S. officials want to keep them as leverage to ensure compliance.

“A real enforcement mechanism is critical,” the American Chamber of Commerce in Shanghai said in a statement.