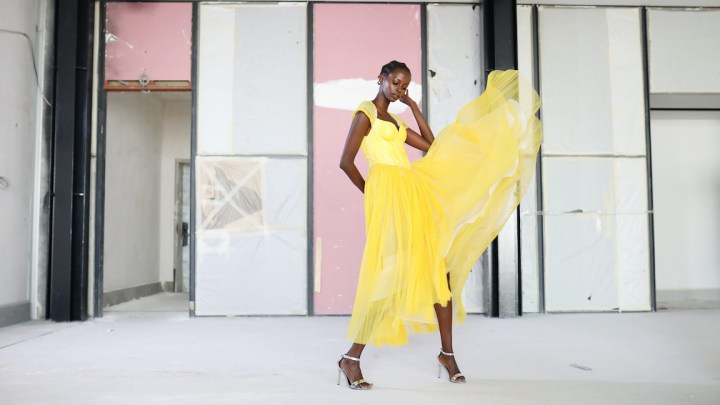 COPY
Is it time to trade athleisure for dresses to be seen in the real world? Ferda Demir/Getty Images for IHKIB

Is it time to trade athleisure for dresses to be seen in the real world? Ferda Demir/Getty Images for IHKIB
Listen Now

There’s a kind of optimism in the air right now. Maybe it’s news of a faster vaccine rollout. Or maybe it’s the signs of spring: sun peeking through the clouds, buds on the trees.

It’s also starting to feel like there may be somewhere to go this spring or summer. And that’s having a ripple effect in retail.

Case in point: Urban Outfitters said on Tuesday that it saw a sudden jump in sales of dresses at the end of February. In the company’s earnings call, CEO Richard Hayne said it looks like we’re starting to see “go-out fashion” take hold again, meaning the clothes people wear when they actually go out and see other humans.

It might be wishful thinking, said Lauren Beitelspacher, who just bought two dresses from an online retailer.

“I hope we’re not all getting our hopes up. But I want to be optimistic,” she said. “And maybe if I put it out into the world by buying these dresses and buying these, you know, non-athleisure clothes, then maybe it will actually come to fruition.”

But making that pivot from selling mostly sweats and casualwear to dresses could be a little tricky for retailers. Retail chains typically make their buying decisions about six months in advance, said Beitelspacher, who chairs the marketing division at Babson College.

Six months ago was September. No vaccines had been approved, and we had no idea when they were coming.

Yet, retailers had to decide what you’d want to wear this spring. Which means they might not have a lot of dresses to sell you right now.

Depending on their contracts with suppliers, retailers might be able to place rushed orders and get more dresses in stores by summer. But they might also be cautious, said Bryan Eshelman, managing director at consultant AlixPartners. Last spring, when the pandemic hit, people stopped buying clothes and stores were left with a glut of floral dresses and pastel cardigans.

“Retailers are probably thinking more in terms of not repeating that situation rather than taking risks and really chasing business right now,” he said.

They might be able to sell you some of last year’s clothes. But Eshelman points out fashions do change. Especially after a year like the one we’ve had.