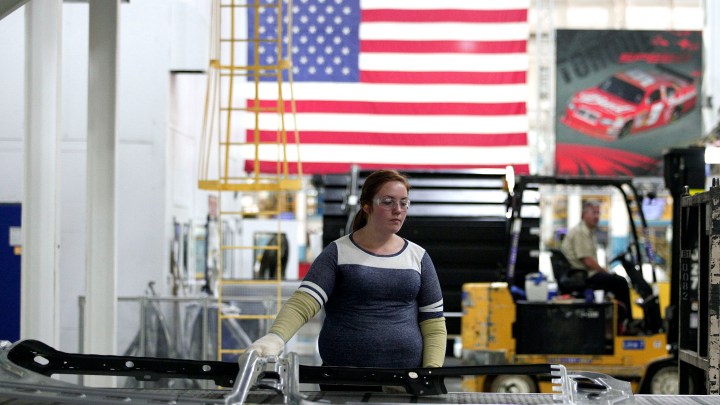 The Biden administration has just released its trade policy agenda. There is a lot in it.

The Office of the United States Trade Representative wants to use trade policy to advance racial equity, fight climate change and take on what it calls China’s “coercive and unfair economic trade practices.”

The core theme, though, is adopting a “worker centric” approach to trade. Workers, the fact sheet says, “would have a seat at the table.”

That, said Thea Lee, president of the Economic Policy Institute, is “a big contrast” from the past.

“Pre-Trump, both Democrats and Republicans, for a couple of decades, put in place trade policies that were definitely not worker-centric,” Lee said. Instead, they were, “I would say, corporate-centric.”

She said former President Donald Trump was able to harness latent resentment around jobs and industries that were lost over the years, and that is clearly something the Biden administration has tuned in to.

How that will translate into policy over the next four years?

“In practice it plays out in enforceable rules on forced labor, clear protection of the right to organize and bargain collectively, that those need to be elements of trade agreements,” said Rufus Yerxa, president of the National Foreign Trade Council and a deputy U.S. trade representative under President George H.W. Bush.

But the Biden administration won’t be in a rush to enter trade agreements, according to Sharyn O’Halloran, professor of political economy at Columbia University.

O’Halloran expects Biden to try to shore up U.S. competitiveness first as a way to protect workers: “They’re focusing on Buy American, emphasizing use of American products in procurement, developing infrastructure and so forth.”

She added that being worker-centric does not mean being protectionist. Though there will be tariffs, they’re likely to be much more surgical than under the previous administration. Also, you can expect a lot of talk about working with allies on trade issues, which would be another clear break with the recent past.