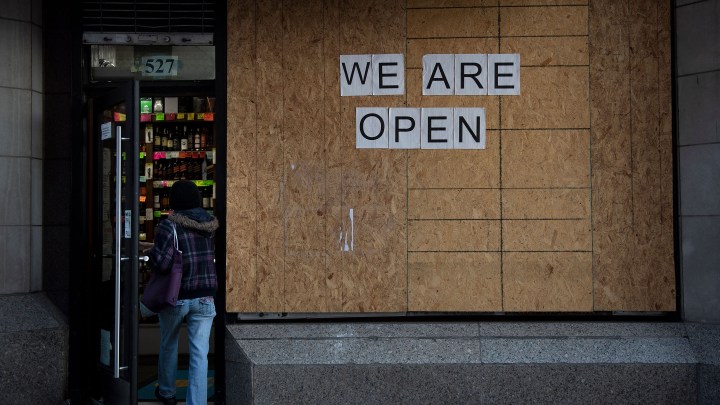 Inauguration week is usually a time when businesses in the Washington area can expect a boost. But like other parts of the country this year, the pandemic has taken its toll on the local economy.

And now, with the nation’s capital under tight security following the violent attack on the U.S. Capitol, things are even more locked down. Airbnb said it will cancel and block all reservations in the Washington metro area during inauguration week. The overall business picture is bleak right now.

Tiki TNT is a bar and rum distillery about three-quarters of a mile from the White House. Owner Todd Thrasher’s preparation for the inauguration?

“Lock the doors, see you later, I’m getting out of town,” Thrasher said.

He said normally they throw an inauguration party and his bar is busy all week long. This year, he said, it’s just not worth it.

“I’d rather everyone stay home, stay safe,” Thrasher said. And once the city gets under control again, we’ll go back to work.”

He said things were already bad because of COVID, but his bar is going to make it.

Colleen Hawkinson, executive director of the DuPont Circle Business Improvement District in the heart of Washington, said many businesses are taking a wait-and-see approach when it comes to their operating hours next week, or if they’ll be open at all.

“So there’s a certain level of readiness and being prepared to pivot and to react to new situations,” Hawkinson said.