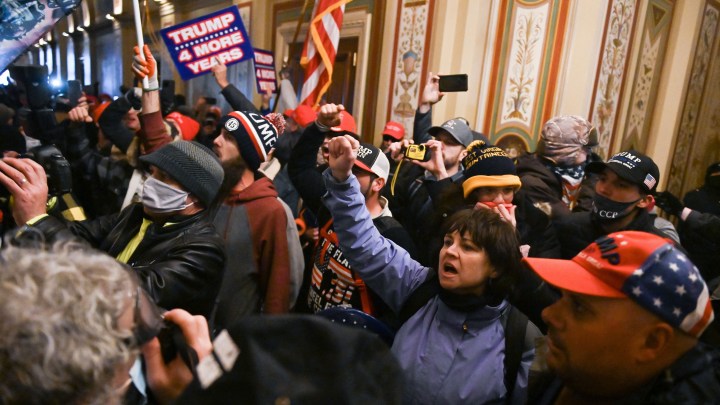 COPY
Supporters of President Donald Trump protest after breaking into the U.S. Capitol on Jan. 6. Roberto Schmidt/AFP via Getty Images

As lawmakers worked to certify the presidential election of Joe Biden in Congress Wednesday, pro-Trump protesters stormed the Capitol Building.

The protest turned violent as supporters broke into the building, sending the scene into chaos. Tear gas was deployed. A woman was shot and later died. At least one explosive device was found and detonated. The scene was unprecedented as supporters of a sitting president attempted to thwart U.S. democracy.

The upheaval does not bode well for much-needed economic recovery from the pandemic-induced recession. Wendy Edelberg, director of The Hamilton Project and a senior fellow in economic studies at the Brookings Institution, joined “Marketplace” host Kai Ryssdal to talk about how Wednesday’s events will impact the economy. An edited transcript of their conversation follows.

Kai Ryssdal: We are gonna step back a little bit and get a feel for what the events of this day might mean for this country, and this economy, in the long term. We’ve talked a couple of times about the 2020 election and the possibility of chaos and oh, look, here we are.

Wendy Edelberg: It’s good to be here, though alarming under these circumstances.

Edelberg: As Sudeep eloquently described, there are many horrible ramifications of what happened today at the Capitol. As my expertise does not lie in democracies or electoral politics or insurrections, I will keep my comments to what I think it will do for the economy. Instability and uncertainty are not good for the economy. And surely the [Quarter 1] forecast is very rightly not top of mind for most Americans this afternoon — with other concerns on their minds. And you’re right, even though we haven’t seen much in stock and bond markets, still I think today’s events will probably worsen the outlook. And that is so unfortunate and frustrating, given that the economy was already facing enormous challenges. Just this morning, I was seeing reasons for more optimism about the outlook for the next six month, and this is bad.

Ryssdal: Well, so let’s be clear: You think this makes the chances or the odds of a longer, slower, rougher recovery more likely.

Edelberg: I do. All else equal, absolutely. I mean, this morning I was focused on the results that we are seeing in Georgia. And that I thought, without divided government, I was thinking that we should be revising up our forecasts for the year. And that we could expect a bolder and faster fiscal support, and more energy behind keeping the pandemic under control, more support for state and local governments, extending unemployment insurance. I saw all sorts of reasons to have a little bit more optimism about the year ahead, and was even thinking about what longer-term problems Congress might be able to take on, even as it remained laser focused on the recovery. But now, I think, the highest priority that Congress has is restoring stability and creating certainty.

Ryssdal: OK, so let’s take two slices of this. No. 1, if you’re a small business person in this economy and you’re watching CNN or any of the cable news events today and you see this happening, what do you think?

Edelberg: My guess is that you’re pretty freaked out. You’re gonna sit and wait and see how things transpire. And it’s not like things get resolved tomorrow. This is going to take time. We’re going to take time to heal from this as a country, I think. You can’t unring this bell. This happened, and it’s going to take time for us to all learn to breathe normally again.

Ryssdal: Same question but for consumers. I’m going to guess you will tell me that consumers are likely to just sit tight and watch and see what happens. 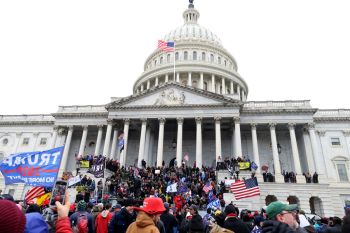