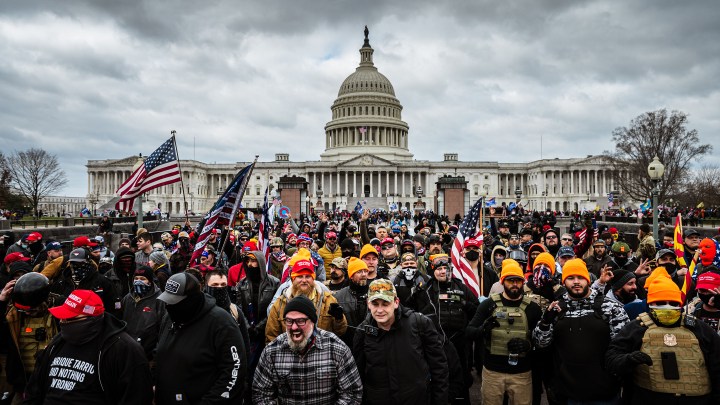 Wednesday’s violence at the U.S. Capitol caused chaos for our democracy, but also for people living, working and running businesses in Washington, D.C. Around 700,000 people work there, more than in many states.

As Trump hardliners gathered and then stormed the Capitol, and much later, authorities worked to clear them from the area, locals had to scramble.

Marketplace’s Kimberly Adams spoke with “Marketplace Morning Report” host David Brancaccio from Washington about what this was like. The following is an edited transcript of their conversation.

David Brancaccio: Kimberly, just before 3 P.M., D.C. Mayor Muriel Bowser announced a city-wide curfew would occur just a few hours later. What did that look like in the city and for it’s businesses?

Kimberly Adams: It was a scramble, to be perfectly honest. Once these emergency alerts started going out over everyone’s phones, you could really sense the tension in the city. You saw military and government vehicles rushing through the streets, sirens blaring.

I was right outside my veterinarian’s office when all of this was coming down, and I think I was their last appointment. They kind of rushed me out the door as they were struggling to shut down very quickly, cancel all of their appointments for the rest of the day and find a way to get their staff home.

Brancaccio: But even before this insurrection attempt up on Capitol Hill, people locally were locking down their businesses?

Adams: Right. It’s important to keep in mind that D.C. is a majority Democratic city, so it’s not always the warmest welcome when Trump supporters come to town. Additionally, there are known to be white supremacists in these groups, and so a lot of people were actively avoiding them. There have been multiple reports that there were people carrying weapons. One of my Uber drivers on my way to the vet told me that people had gotten into his car with sledgehammers.

And some hotels and bars and Airbnbs, even, were actively taking steps to try to discourage some Trump supporters from patronizing their businesses, which says a lot given the economic situation of the pandemic.