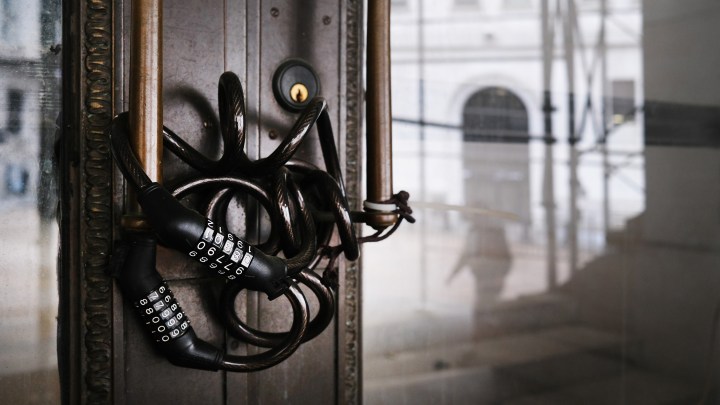 When the pandemic started, Sherard Duvall realized that his South Carolina production company, OTR Media Group, was going to have a hard time producing short films and feature-length documentaries.

His company has other lines of work. It helps develop film education curricula, and it helps consumer-facing companies market product launches in the Southeastern U.S. But when the pandemic hit, all of that work fell off a cliff.

Duvall tried to keep his business alive. He applied for a Paycheck Protection Program loan in March, but like a lot of minority business owners, he kept hitting dead ends.

When I talked to him in June, Duvall said he had submitted seven applications without any luck.

“In June, I was sweating bullets,” he said.

Duvall turned to nonprofit groups for advice, and the answer he kept getting was to pivot.

“They were always saying, ‘Pivot, pivot, pivot,’ ” Duvall said. “To be honest with you, it was pissing me off at one point.”

Duvall said at the time, he had no idea what the company was supposed to pivot to.

“When you’re talking about someone like us, a service-based business that has a specific model, particularly based around media, you’re already doing all the things you’re good at,” Duvall said.

But then, the lightbulb went off. Duvall realized the pandemic had created demand for video work the company hadn’t been doing: building and installing livestreaming equipment.

“We did end up pivoting,” he said. “And that pivot really saved us.”

OTR Media landed gigs with a church and a synagogue. It started helping teachers set up home studios, and it produced videos for universities to use in online lectures.

“It saved our business,” Duvall said. “There’s no doubt about it. You know, I was joking with my accountant, and I was like had it not been for that, I really don’t know what I would do.”

Duvall’s business had already started to improve by the time he finally got a PPP loan in July. He said he spent it within days to pay staff and settle utility bills that were long overdue. That freed him up to focus more on advertising the business and setting up a website.

The company is more robust now, but getting there was not pleasant.

“When you’re not sure how you’re going to pay anybody, and you’re three months behind on bills, I don’t see how you see that as a positive at all,” Duvall said.

Even though Washington has authorized more Paycheck Protection Program money, Duvall said he probably won’t apply. He doesn’t feel like going through that process all over again.