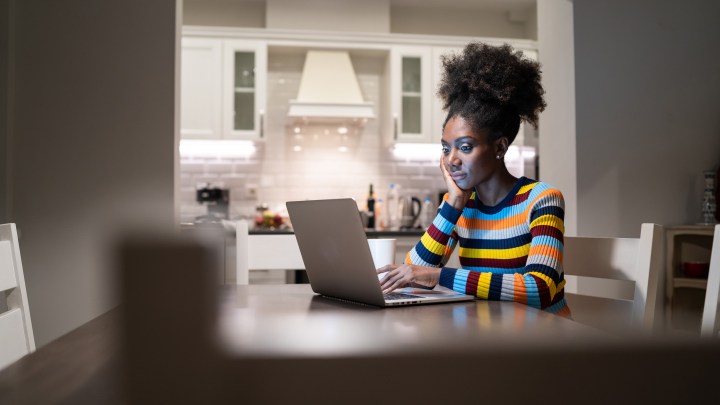 Many Americans are spending Thanksgiving with only their immediate household members at their own home — which, for the millions of people who have been working from home for the last eight months, is kind of like spending the holiday at work. Marketplace has been following the work from home journeys of people around the country since the early days in mid-March when companies began sending people home with their laptops.

Erin McDermott works in public relations for a marketing agency in Seattle — one of the first U.S. cities to be affected by the pandemic. She’s been COVID-remote longer than most. When her office closed the first week of March, she had no idea how long it would be for.

“I don’t have anything too negative to say,” McDermott said on her eighth day working from home. “We’ll see how long it lasts.”

McDermott lived in a house with three other 20-something women. They set up makeshift desks in hallways and laundry rooms and competed for bandwidth on their overloaded Wi-Fi. Then, over the summer she moved — not out of the city like so many others, but to a bigger house, with better Wi-Fi and, amazingly, the same roommates.

“They’re like my best friends, and I love them,” she said. “But it’s a lot of together-time.”

In Worcester, Massachusetts, Josh and Jessica Whitt have been dealing with a more disruptive co-worker. Their 3-year-old Louella is still interrupting work video calls for snack and potty breaks. But now she’s spending half the day at a small daycare.

Jessica has been able to return to work in person, teaching biology at Assumption University. Josh has a more flexible schedule with his biotech firm, so he handles things at home, allowing them to add some new family members: a dog and 12 chickens.

In Los Angeles, Sonia Kang’s four school-age kids have been at home for the last eight months. The Los Angeles Unified School District has kept classes fully remote since the pandemic began, and the family has not expanded its social bubble at all since dad, Richard, is a doctor in the pediatric intensive care unit of a hospital.

“Thankfully, we’re not sick of each other,” said Kang. “Though, I’m looking at my daughter, and she’s laughing like, ‘Please, yes we are.'”

Early on, Kang’s kids clothing business was disrupted by shutdowns, and while she supervised math tests. But now that her kids have gotten the hang of distance learning, she’s been able to get back to work, pivoting her business to mask-making.

“I just feel like now we’re grooving,” she said.

Her family will be holding Thanksgiving like they do everything else now — over video chat. 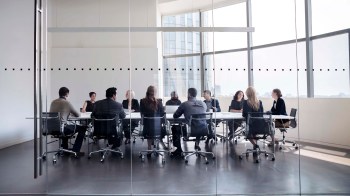