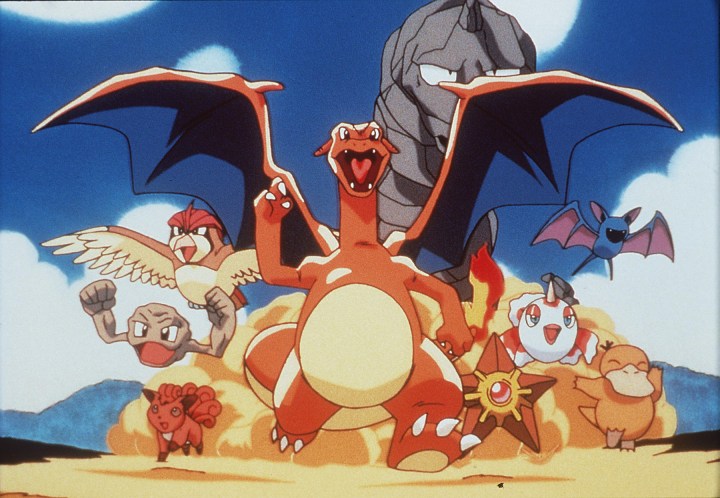 A still from "Pokemon: The First Movie," which was released in the U.S. in 1999. Getty Images

A still from "Pokemon: The First Movie," which was released in the U.S. in 1999. Getty Images

About two weeks ago, 34-year-old Oregon resident Kalvin Foley wanted to buy a rare Pokémon card on eBay. It was a rainbow Vmax card featuring Charizard, one of the most popular Pokémon. He was attempting to win it at the end of an auction, one of the most adrenaline-inducing parts of bidding. The card, which started off at $100, began to steadily increase. It jumped to $250. Then $300. Then $375.

Now, he thought, he’d never be able to get the card. Foley said that only a year ago, it might have been worth around $250-$300 — roughly half the price.

Why cards are rising in value right now

Pokémon card sales and prices have skyrocketed this year, with some cards selling for hundreds of thousands of dollars.

On Thursday, a sealed box of Pokémon booster packs sold for a record $360,000 through Heritage Auctions, while a similar set sold for $198,000 only two months ago. According to eBay, there were 60% more Pokemon card sales on its platform in September compared to January of this year.

YouTube stars, celebrities and investors have dropped big bucks on cards, which has contributed to the frenzy and helped push up their value. That, in turn, has encouraged others to  snap up cards in hopes that they’ll be able to turn a profit.

There’s an entire genre of buyers unboxing card sets on YouTube and Twitch, where DJ and producer Steve Aoki recently hosted a live charity event devoted to opening up packs.

“Publicity is always something that can drum up momentum and price,” said Eugene Smith, a 24-year-old card collector and investor from Tampa, Florida, who also happens to work in finance.

Controversial YouTuber Logan Paul has spent almost $300,000 (although he claims he’s reached his breaking point and is done buying them), while the rapper Logic dropped $226,000 on a rare 1st edition Charizard.

“When I was a kid I absolutely loved Pokémon but couldn’t afford the cards,” Logic said in an Instagram post.

Collectors and investors cited several other factors that may be pushing up sales and prices — people are picking up a hobby amid pandemic boredom, the release of the COVID-19 stimulus checks has given them the extra cash to buy cards, and childhood fans have disposable incomes now.

“People my age are finally in their late-20s, mid-30s, and they can afford the stuff they liked when they were kids,” said Jesus Garcia, an assistant comics & comic art operations supervisor at Heritage Auctions.

Caitlin Sidhu, a 26-year-old collector who lives in Uruma City, Japan, said what she enjoys the most about building her collection is that she’s able to obtain all the cards she wanted as a kid.

“[I’m] kind of like fulfilling my childhood,” Sidhu said. “A younger me would be amazed at the cards I currently have.” Right now she owns upwards of 5,000 cards, including 120 sealed booster packs and two boxes.

She’s also noticed an increase in prices. Before the pandemic, Sidhu bought a reverse holo Legendary Collection Pikachu for $25. Now she says it goes for about $100, give or take.

The recent spike in prices and sales has encouraged people, like Eugene Smith, to look through their own collections to see if they have any items worth selling.

He’s also been actively buying cards over the past couple of months.

“I’ve been acquiring cards. Nothing insane. But I’ve spent maybe a few thousand on them,” he said. “I was just looking to maybe acquire cards not only to make maybe a little bit of money short term, but also as an alternative investment for my savings.”

It started when he and his girlfriend were walking through the card aisle at Target and decided to buy a $4 pack on a whim. After opening it and finding a holographic card, he googled it and found it was worth $50.

He’s been hooked ever since. In total, Donahue estimates he’s sold about $1,600 worth of cards.

Card shops, not just individual sellers, are also benefiting from the rising interest in Pokémon cards.

House of Cards & Collectibles, based in San Antonio, Texas, has seen an increase in business throughout the pandemic, with an uptick in business after people started receiving their stimulus checks.

Paul G. Cavazos, who owns the store with his wife Rachel, said up to 80% of their overall business comes from Pokémon-related merchandise.

“More and more people that are between the ages of, say, 18 to 60 or older, are buying Pokémon cards for investment purposes,” he said.

About a year ago, he said he was selling packs of 1st edition Team Rocket cards for up to $75. This month, he’s seen those packs sell upwards of about $300 to $400 each.

While the pandemic has led to explosive card prices and sales, Cavazos said he noticed sales started to rise after the launch of Pokémon Go in 2016. According to Heritage Auctions, eBay’s daily Pokémon card sales doubled after the game was released.

How value is determined

The surge in Pokémon card prices doesn’t necessarily mean every card is worth a lot of money or will be.

“I think prices will rise for some cards, but obviously not all cards, which is what some people don’t get,” Caitlin Sidhu explained. “If cards are still in print, they won’t rise in price. Once the card is out of print it may go up in price, but it’s not guaranteed.”

Jason A., a collector from East Tennessee who declined to give his last name, compared it to the stock market: “You can take a bet on a card’s value. Is it going to increase? Is it going to flop? Or is it just gonna stay steady?”

“There are plenty of cards out there that when they first got released are still the same price that they were back then,” he said.

A card’s scarcity, condition and the actual Pokémon on it all play a role in its value. First edition holographic cards released as part of Pokémon’s first print in 1999 command high prices — especially Charizard.

Why is he always so coveted? In that first set, he was objectively the most powerful, with both the highest HP (a Pokémon’s health gauge, if you will) and the strongest attack. But maybe the reason for his appeal is more obvious than that.

“I mean, he’s a dragon. Kids love dragons,” Garcia said. “In the cartoon show, he was kind of rebellious, did whatever he wanted.”

Kalvin Foley, after losing his eBay bid, said he was able to finally obtain his Rainbow Vmax Charizard in a private sale.

Foley had been a fan of him when he was a child, and when he began to collect cards again in 2018, he admired the ways the franchise had reinvented him.

Despite Charizard’s popularity, Garcia said the holy grail of Pokémon cards is actually the Pikachu Illustrator card, which is one of the rarest. One of the cards sold for $233,000 this July, making it the most expensive sale of a single card on record.

Only 39 were initially released through a Japanese comic contest in 1998. (An eBay user is attempting to sell one for $2 million right now.)

Like analysts evaluating stocks, some professional grading companies will assign a value to a card for a fee. The two big ones out there are PSA and Beckett, which each have a scale that ranges from 1 to 10 assessing a card’s condition.

“It’s a big jump between one single grade,” Garcia said. “Why? Because everybody wants the perfect card.”

One of the great ironies in the world of collectibles is that errors (not to be mistaken with flaws) can also help an item become that much more valuable — whether it’s a novel, a postage stamp or merchandise from a popular franchise.

A Dragonite card with an inverted stamp, for example, was at one point listed on the site TrollandToad for nearly $1,500. Without this marking, you can buy the card for under 10 bucks.

After all, when value is tied to scarcity, a misprint helps differentiate you from the sea of other mass-produced goods.

Is the card market a bubble ready to pop?

Everyone Marketplace spoke with gave us mostly the same assessment: prices for some cards will probably decrease eventually, but they’re not going to tank so badly that the entire market will crash.

The degree of the decline — and when — will depend on the type of card, according to Eugene Smith. The vintage cards released back in the ‘90s are no longer being printed and are basically part of history now, meaning many of them will likely continue to have value.

But because grading companies like PSA are still going through a backlog of cards, Smith thinks there will be an increase in supply.

“Then post-holidays, there’s going to be far less consumer spending happening. It’s pretty much a perfect scenario for a decrease — a correction,” Smith said of the Pokémon vintage card market.

Garcia agrees that prices will eventually level off, although he doesn’t think they’ll dip that drastically.

“Pokémon is one of those things that’s never gone out of style,” he said.

Since Pokémon first launched on the GameBoy in 1996, the franchise has spawned the trading card game, a wildly popular anime series that continues to run new episodes, dozens of console games and Pokémon Go, which was The Summer Event of 2016 and helped add $7.5 billion in market value to Nintendo within 48 hours.

Many collectors, like Caitlin Sidhu, Kalvin Foley and Jason A., became Pokémon fans when they were kids, proving its longevity.

Jason A. said this will probably be a lifelong hobby of his. “The only way I would stop collecting cards is if it were physically impossible for me to actually find them anymore,” he said.

Some of them are also introducing the series and the games to their children, creating a whole new generation of fans. Foley said he has a 2-year-old son who likes looking at his Pokémon merchandise and watching the anime with him.

Applying the words “phenomenon” and “craze” to the franchise wouldn’t be accurate because they imply something that is ephemeral. Pokémon — which celebrates its 25th birthday in February of next year — is now an established moneymaker.

We may not be able to predict the market with certainty, but the franchise’s future success is probably a safe bet.