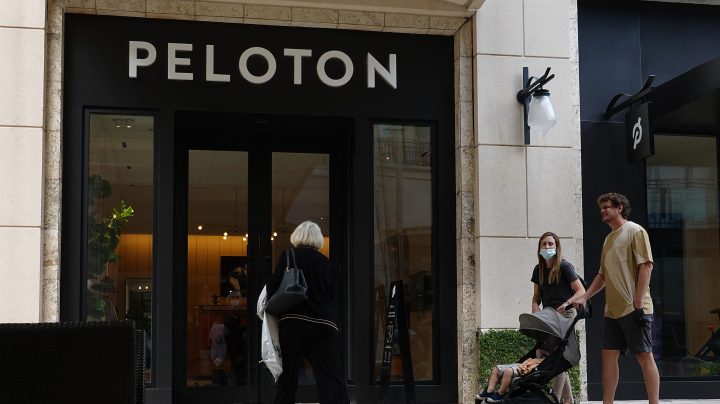 COPY
Peloton's John Foley is leaving the CEO position after business turned down, but he's staying on as executive chairman. Joe Raedle/Getty Images

There’s a shakeup in progress at the top of home exercise equipment maker Peloton, a pandemic-era darling until it wasn’t. On Tuesday, the company announced that 2,800 people are being laid off and, under pressure from a shareholder activist, co-founder John Foley is stepping down as CEO.

He is, however, staying on as executive chairman. Recently there has been speculation on a sale of Peloton, and Foley will have a lot of say on whether and how a sale takes place.

Having a founder run a company can be a plus, but not necessarily forever. Mark Zuckerberg (Meta, the former Facebook), Jack Dorsey (Twitter and Block, formerly Square) and Jeff Bezos (Amazon) all started the companies they ran, and in some cases they still run those companies. But according to Travis Howell, a professor at the University of California, Irvine, they are the exception.

“Managing a behemoth requires a much different skill set. And founders often need help sooner than they think they do.”

The drive and creativity that can make a founder a great CEO can turn into a liability at a certain point, Howell said.

Foley, a self-proclaimed fitness addict, was a tech executive when he pitched the idea for Peloton in 2011. But Barry McCarthy, Foley’s replacement as Peloton CEO, was chief financial officer of Spotify, with a background in subscription models.

His overall experience could help if Peloton sells itself to a larger company like Apple or Amazon, according to Dan Ives, a managing director at Wedbush Securities.

“Many consumer product companies that have been massively successful tried to get through it themselves. And there’s horror stories: Fitbit, GoPro, among others,” he said.

Ives said those companies are cautionary tales — both didn’t sell when they had the chance, under founders who wouldn’t let go.

Professor Chris Bingham of the University of North Carolina at Chapel Hill said that doesn’t seem to be the case with Foley. “It’s knowing when to release the control that can actually propel the organization forward,” Bingham said.

Foley has said he’s confident McCarthy is the right leader for Peloton now. Still, as executive chairman of the board, he’ll have plenty of influence.