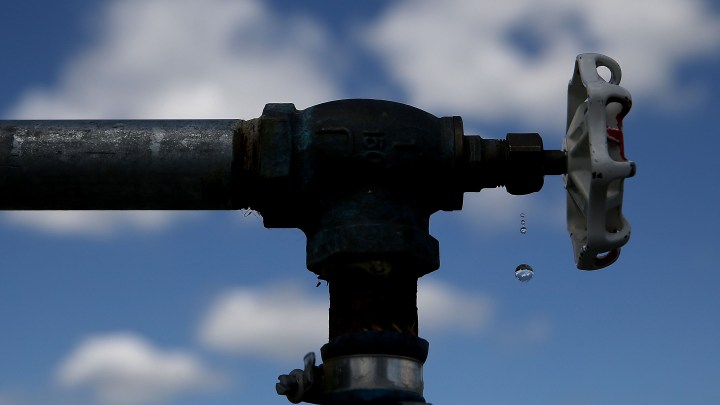 COPY
The protections against shut-offs are lifting and disconnections have already begun. Justin Sullivan/Getty Images
COVID-19

The protections against shut-offs are lifting and disconnections have already begun. Justin Sullivan/Getty Images
Listen Now

According to the U.S. Census bureau, one-third of adults say they face difficulty meeting their regular household expenses. As temperatures continue to drop, unemployment remains high, and additional pandemic relief aid is stalled, activists are warning about an energy crisis: a growing number of Americans who are unable to pay for utility bills like gas, heat, electricity and water.

Richard Ferreira directs community services for Catholic Charities Diocese of Trenton in New Jersey. They give money to people who can’t pay their utility bills.

When the pandemic started, New Jersey was one of 32 states that prevented people’s utilities from being disconnected. For New Jersey, it goes until March of next year.

But those bills will keep stacking up, and Ferreira worries that debt will further exacerbate the housing crisis and lead to evictions.

“Evictions — rental arrears and utility arrears go hand in hand,” he said. “Because people are moving monies, they’re robbing Peter to pay Paul. They don’t pay their rent with hopes of trying to get their utilities stabilized.”

According to the National Energy Assistance Directors’ Association, electric and gas debt is expected to be more than $24 billion by the end of this year. That’s three to four times what it was last year.

The protections against shut-offs are lifting and disconnections have already begun. Tens of thousands across the country have lost their power, which is disproportionately affecting people of color.

It’s not just about staying warm through the winter. It’s a public health issue, said Ariel Drehobl with the American Council for an Energy-Efficient Economy.

“Many people are working and learning from home, and need to wash their hands frequently, keep food and medicine cool in a refrigerator that’s running on electricity,” Drehobl said. “It’s really important that people have access to the utilities now.”

Utility companies across the country say they are offering payment plans, and the federal program that helps low-income families pay their energy bills got an extra $900 million from the CARES Act. But that was back in May, and the coldest months are still ahead.