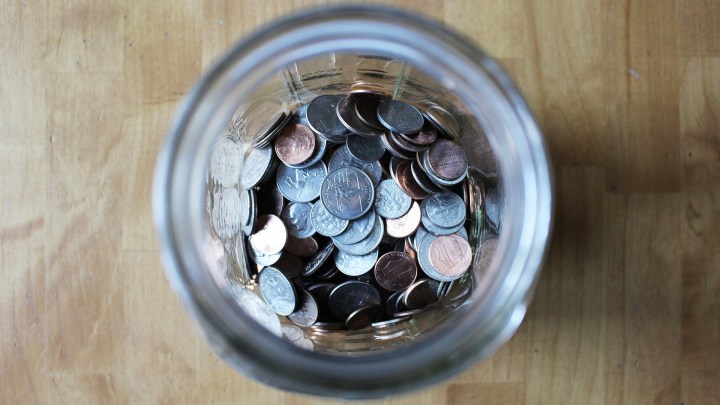 We’re not saving as much as we were at the start of the pandemic. The Commerce Department reported Friday that the personal savings rate for September was way down from the spring, when it spiked to a historic level.

Back in the spring, Andy, who didn’t want us to use his last name, said his family was socking away cash. They received a $2,900 government relief check and saved most of it.

He estimates they saved “maybe somewhere between, like, five and seven thousand. I mean, we weren’t going out to eat or anything — we were pretty much hunkered down.”

Those savings will come in handy now. Andy’s in the retail business. With all the store closures, he’s taking home less money. And he’s not the only one. So it makes sense that, according to the Commerce Department, the personal savings rate — that is, the percentage of our disposable income that we save — is down. Way down.

“Gosh, it’s less than half what the savings rate was during the pandemic peak,” said Beth Ann Bovino, U.S. chief economist at S&P Global Ratings Services. She said the savings rate plummeted from around 33% last April — the highest rate since the government started keeping track — to about 14% last month.

“That surge in government transfers was largely in April, and then it spiked in June, and now … it has ended for many households,” she said.

Then the extra $600-a-week federal unemployment payments stopped over the summer. Bill Bynum, CEO of Hope Credit Union, based in Jackson, Mississippi, said some of his customers don’t have any income to save. In fact, they can’t even pay their bills.

“After the end of July, into August, we’re really starting to see an uptick in delinquencies, people really struggling to make ends meet,” he said.

Bynum said about a third of their borrowers have had trouble making payments.