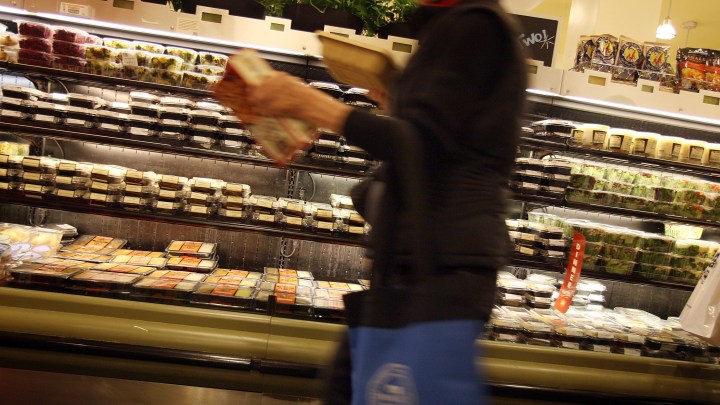 The key gauge for inflation in America, the Personal Consumption Expenditures price index jumped 0.6% in October. Year-over-year, prices of a lot of things are up 5% through October — the fastest pace of increase since late 1990.

What does the data tell us about what consumers are feeling, on the cusp of Thanksgiving and Black Friday?

It’s part of Liz Young’s job to track economic data like this; she’s head of investment strategy at personal finance company SoFi. She’s also getting ready for Thanksgiving at her place in downtown Manhattan.

“I tried to order a turkey and it was going to be over $100 and that was a raw turkey, not even cooked. That was just to get one in my apartment,” Young said.

According to the data, the price of food as a whole has risen 4.8% since last year.

“On the bright side, wage inflation has also gone up. So it’s a little bit easier to absorb from that perspective,” Young said.

The Department of Commerce says personal spending rose 1.3% in October. That’s because the supply chain is working out some kinks, according to Dan Sichel, a former Federal Reserve Board staffer who now teaches economics at Wellesley College.

“There was a much bigger-than-expected accumulation of inventories by businesses suggesting that they’re able to get goods, because if they can get goods on the shelves, then people can start buying them,” he said.

And people are using their savings to do it. According to Eric Freedman, chief investment officer at U.S. Bank Wealth Management Group, people were putting pandemic benefits into savings accounts.

Now that a lot of that assistance is gone, Freedman asked: “Will we see people migrate back into the labor force because their stockpile, if you will, of government benefits and other savings is starting to diminish over time? That’s going to be the key thing that we focus on,” he said.

It appears that consumers will continue to spend, for now, but Freedman said that if inflation doesn’t decline at the same rate as Americans’ savings accounts, that could be a problem for growth.