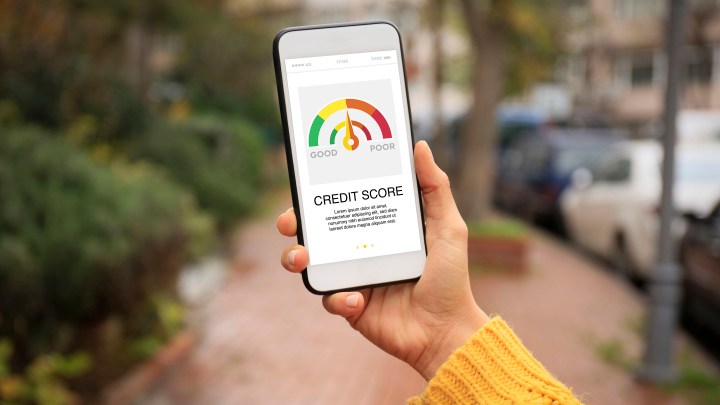 COPY
With government aid and other pandemic relief, people have generally been able to pay down debt and keep up with bills. But the lack of additional assistance could mean a wave of missed payments is about to hit. tolgart/Getty Images
COVID-19

With government aid and other pandemic relief, people have generally been able to pay down debt and keep up with bills. But the lack of additional assistance could mean a wave of missed payments is about to hit. tolgart/Getty Images
Listen Now

Millions of people are unemployed, food insecurity is on the rise, the economy is struggling and yet Americans’ credit scores are going up. The average FICO score hit 711 in July, an all-time high since the company started keeping track.

A big part of the reason for that? More people have been able to pay their bills on time and pay down debt, which has a positive impact on credit scores, according to Ethan Dornhelm, vice president of scores and predictive analytics at FICO.

“Consumers seem to be, at least thus far, weathering the storm brought on by the pandemic pretty well,” he said.

For many people, that’s only because of the stimulus checks and expanded federal unemployment benefits that came out of the CARES Act, and the fact that some lenders have also allowed people to temporarily defer payments on certain debts, according to Ted Rossman, an industry analyst with CreditCards.com.

“We’ve seen all this government stimulus, we’ve seen all these hardship programs, lots of people have mortgages and student loans in deferral or forbearance,” he said. “People are spending less, they’re making debt pay off a priority. That part helps your credit score.”

But the one-time stimulus checks are now long gone, the expanded federal unemployment benefits expired at the end of July and Congress is at an impasse on another coronavirus relief package, which means a lot of people are now running out of cash.

“If we don’t get additional assistance, another stimulus or more unemployment benefits, I am concerned that we’re going to see a lot of consumers unable to pay bills, unable to pay rent,” said Chi Chi Wu, a staff attorney at the National Consumer Law Center. “That will show up on credit reports.”

Credit scores are lagging indicators — it takes at least 30 days, often more, for missed payments to show up on a credit report. So right now, Wu said, “it’s sort of like sitting here waiting for the wave to hit.”

Many credit card companies, banks and other lenders are also anticipating that wave of missed payments and dropping credit scores, and have already become more wary of lending, according to Rossman.

“We know that credit card companies in particular have gotten really selective about who they’re approving these days … we’re also seeing stricter guidelines on income,” he said. “So even though the average FICO score is going up, it’s gotten a lot harder to access many types of credit.”