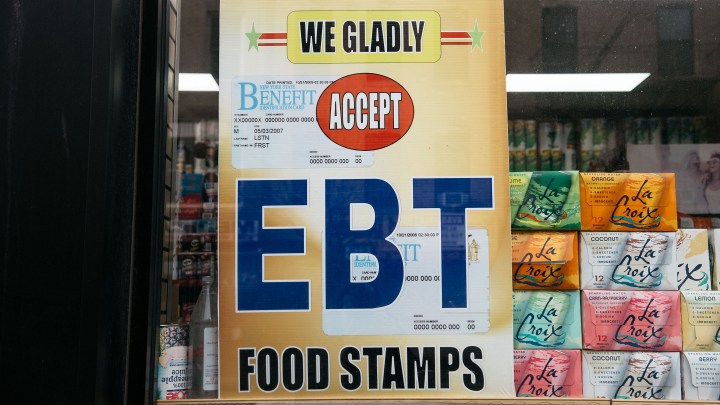 A federal judge in Washington, D.C., has blocked a plan by the Trump administration to end food stamps for nearly 700,000 unemployed people.

Marketplace’s Erika Beras has more on this proposed change. The following is an edited transcript of her conversation with “Marketplace Morning Report” host David Brancaccio.

Erika Beras: The rule, announced back in December, would have required more food stamp recipients to work to get benefits by limiting states’ ability to waive existing work mandates. It was supposed to take effect in the spring but it was blocked in mid-March by Chief Judge Beryl Howell.

That month, Congress suspended work mandates as part of the coronavirus relief package. The Department of Agriculture appealed the judge’s earlier order and the rule was still scheduled to take place.

But Sunday, that same judge wrote that it’s not clear how denying benefits “makes sense.”

David Brancaccio: Is that because we’re seeing so many people without enough to eat right now?

Beras: Right. We’re in a pandemic. Millions of Americans have lost their jobs. As of May, more than 6 million people have signed up for Supplemental Nutrition Assistance Benefits, a 17% increase. Judge Howell called the plan by the Agriculture Department “arbitrary and capricious.”

Brancaccio: Is this the end of it?

Beras: This is one of three Trump administration efforts to overhaul the food stamps program. One looks at how utility expenses are calculated, the other one looks at who qualifies for aid. It could leave half a million kids without access to free school meals. The USDA is still working on those. 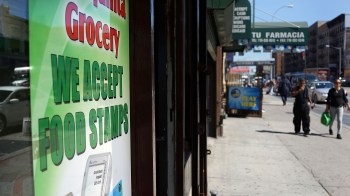