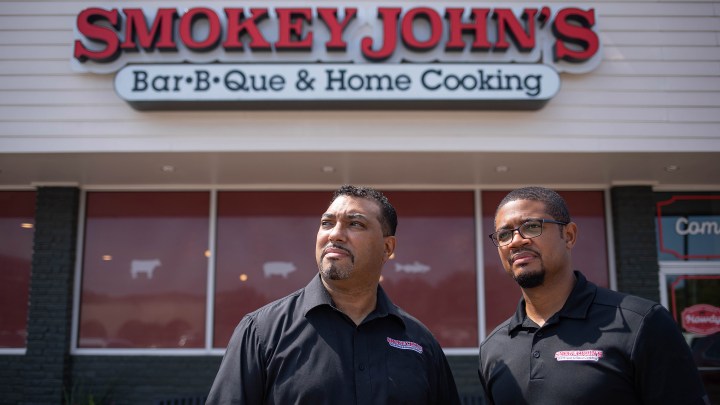 Small businesses have been struggling during the pandemic, particularly Black-owned businesses. In the last few months, Black owners of barbecue restaurants in North Texas say the pandemic has presented new challenges for their businesses, that have seen a downturn in catering and in-store sales.

But following the protests sparked by the police killing of George Floyd in early June, some Black business owners said their establishments have seen surges in business. For some, the growth in customers looking for ways to support the Black community was short-lived. But for others, customers have continued to come back, thanks in part to social media.

“I think across the board, the initiative to support Black businesses has helped sustain us through the pandemic,” said Juan Reaves, who co-owns Smokey John’s Bar-B-Que.

This year, he said Smokey John’s saw its biggest Juneteenth sales — up 400% compared to last year. Still, Reaves says the cancellation of the State Fair of Texas was a “huge blow.” He said it usually brings in a third of his restaurant’s annual revenue.

“There’s no way we can make all that up,” Reaves said.

More than 40% of Black-owned businesses in Texas say they could close because of the pandemic, according to a preliminary statewide survey by the Texas Association for African American Chambers of Commerce.