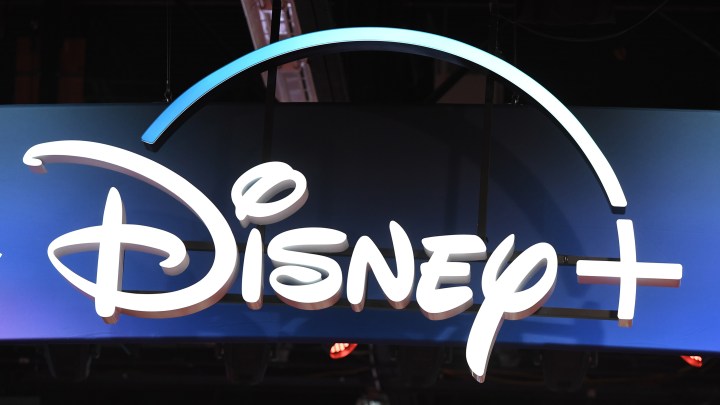 COPY
A new feature called GroupWatch will allow up to seven subscribers to stream content simultaneously and share their reactions using emojis within the app. Robyn Beck/AFP via Getty Images
COVID-19

A new feature called GroupWatch will allow up to seven subscribers to stream content simultaneously and share their reactions using emojis within the app. Robyn Beck/AFP via Getty Images
Listen Now

Disney announced Tuesday it plans to lay off 28,000 employees at its theme parks, where business has been hammered by the pandemic. So the company is, of course, also looking to grow a part of its business that has been boosted by the increase in people staying at home: its streaming service Disney+.

A new feature called GroupWatch will allow up to seven subscribers to stream content simultaneously and share their reactions using emojis within the app.

College life has not been that collegial for Stetson University student Carlye Mahler, who’s been taking classes remotely from her Florida family home. So she and her friends often connect with synchronized streaming nights, using third-party plug-ins like Netflix Party or in-app functions on Hulu or Amazon Prime.

“It really makes it feel like you’re doing it all together, laughing about it together,” Mahler said. “Sometimes we’ll all pause it together and someone will be like, ‘Oh my gosh that reminds me of something that happened,’ so we can like tell stories about it.”

It’s moments like those Disney is banking on, said Steve Nason, research director at Parks Associates. The hope is “to appeal to younger consumers that are much more likely to socially social media engage,” he said.

So features that invite a crowd help streaming platforms to build a bigger audience for shows and add subscribers.