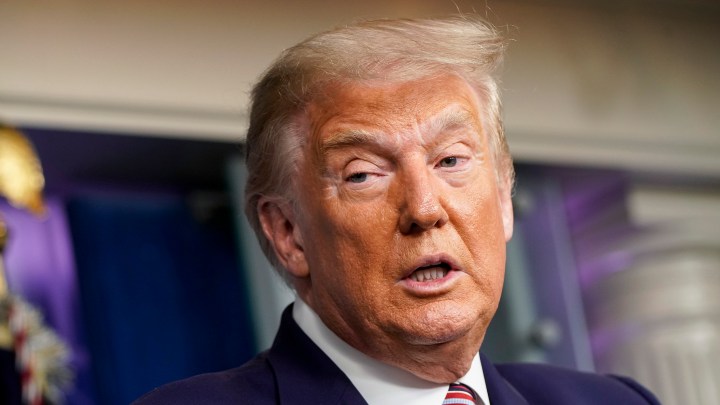 According to a New York Times investigation published last night, President Donald Trump paid just $750 in federal income taxes in 2016 and 2017 and zero income tax in 10 of the 15 previous years. The two decades of tax returns obtained by the Times reveal a lot about the president’s finances: He has hundreds of millions of dollars in debts coming due soon, and has made a habit of gargantuan losses and write-offs. The returns also reveal a lot about the U.S. tax code.

Erik Gordon, professor at the University of Michigan’s Ross School of Business, spoke with “Marketplace Morning Report” host Sabri Ben-Achour about the returns. The following is an edited transcript of their conversation.

Sabri Ben-Achour: Let’s just start off with the obvious question: How is it that someone who professes such wealth is able to have paid zero to little taxes for decades?

Erik Gordon: It’s a quirk of the tax code. Congress passes these complex tax laws that deliberately favor certain kinds of investments by giving you deductions and tax credits that allow you to pay no taxes. And, you know, Trump does real estate. And for generations, wealthy people have gone into real estate in order to pay low or no taxes.

Ben-Achour: Right, real estate seems to be a major instrument for the president to have limited his tax exposure. Why is real estate set up that way in our tax code?

Gordon: Congress just seems to favor real estate up and down the line. For example, if you and I make the same amount of money, and you own your house, you will get to pay less taxes than I will pay if I rent an apartment. Congress has picked things like real estate, orphan drugs, electric vehicles, solar panels, for special tax treatment, because they want to encourage people to invest in or buy those things.

Ben-Achour: The president, just to take one example, claimed a write-off designed for real estate investors — people who are trying to make money off real estate — and he applied it to an estate that his website and his family described as a family retreat, a personal retreat. Did the president violate or abuse the tax code? Or did he use the tax code?

Gordon: You know, that’s an open question. And it’s a big question, because the Supreme Court has said that the legal right of a taxpayer to decrease the amount of taxes they have to pay, or even altogether avoid them, by means which the law permits, cannot be doubted. But it’s got to be by means by which the law permits. When you get close to the line, as fancy investors often do, you end up in court with the IRS arguing over that.

Ben-Achour: The president has said the reason why he has not been able to reveal his own taxes up to now is because they’re under audit. There’s $72.9 million tax dispute with IRS. What is that about?

Gordon: The dispute is over tax credits that he took that the IRS thinks are overly aggressive, that are not within what the law permits. And it’s an important dispute because if he loses that, he’s got to come up with a lot of cash. 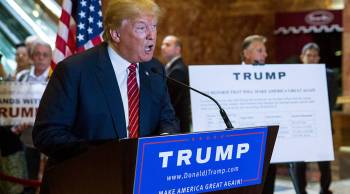 Trump: the law made me do it