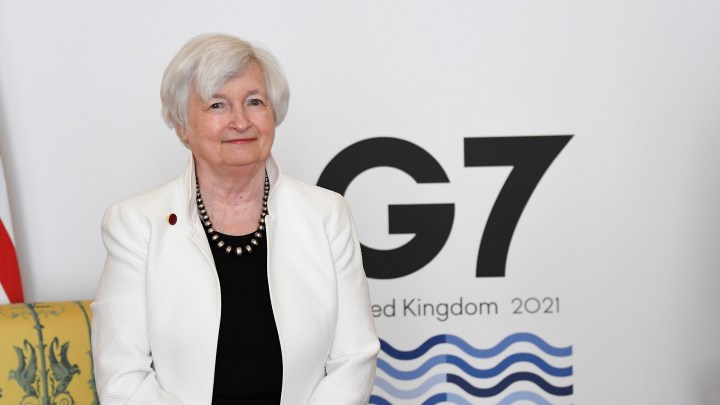 A global minimum tax — and the agreement to tax companies that only exist in a country’s borders digitally — would be a big deal. But the G-7 backing a 15% global minimum tax rate notwithstanding, we are a long, long way from that happening.

This agreement is amongst the G-7 countries … emphasis on seven. There are actually 139 countries negotiating these global tax rules at the Organization for Economic Cooperation and Development.

“Can you get 139 countries to agree to this?” asked Lilian Faulhaber, professor of law at Georgetown University. Countries with minimum taxes below what’s being proposed aren’t thrilled about a global minimum that would blow away their tax advantage.

“Ireland has been very public over the last few weeks that they will not agree to any minimum tax over their 12.5% rate,” Faulhaber said.

Of course, if all of these countries do agree, their legislatures will have to come on board — including, here, Congress, where Republicans have objected to the idea of other countries taxing U.S. tech giants.

“It may be considered a treaty itself, the agreement, which means the Senate will have to pass it with more than two-thirds,” said William Reinsch, a senior advisor at the Center for Strategic and International Studies. “And then there will have to be legislation to change domestic tax law to conform to it. So, this is going to be a multi-year exercise.”

But there are some details even the G-7 countries haven’t figured out, said Manal Corwin, a former Treasury official who now runs KPMG’s national tax office. For example, the size of the companies that would be taxed.

“They haven’t agreed on a revenue threshold for how much revenue a company would have to have,” Corwin said. Or how much money a company has to make off a country, digitally, before that country can tax it. “That has to be decided and is of keen interest to a number of developing countries,” Corwin added.