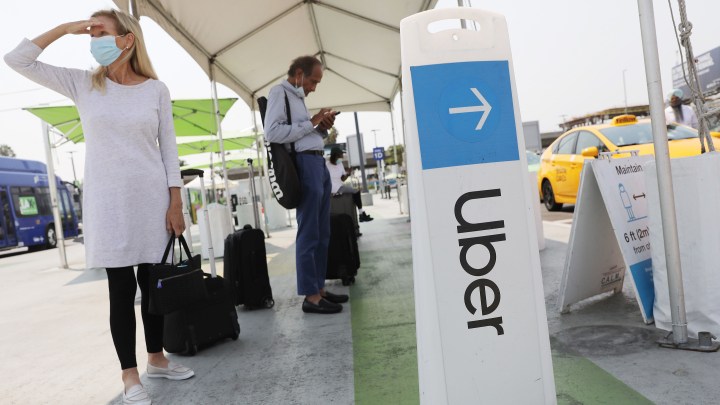 The issue of which workers in our economy have rights to many benefits and protections — like employer health insurance or unemployment benefits — has become critical during the pandemic. And it often comes down to how that worker is classified: as an employee or an independent contractor.

This week the Labor Department proposed a new rule that would make it easier for companies to designate workers, including gig workers, as independent contractors who are ineligible for many protections.

The move comes in response to several state laws, like California’s AB5, which have made it harder to classify workers as independent contractors.

In California, the debate has mostly centered on gig workers, like drivers for ride-hailing services. Most of them would be reclassified as employees under state law.

But the new federal rule could set up competing legal criteria for how worker classification should be decided. And that could cause a lot of uncertainty for workers and businesses, said Seth Oranburg, a law professor at Duquesne University.

“How do you even decide whether to open in the first place if you have no idea what it’s going to cost you?” he said.

And the stakes for workers have never been higher. The pandemic keeps making it clear how much workers need the protections and safety net that come with traditional employment, said Jenny Yang, a senior fellow with the Urban Institute and former chair of the Equal Employment Opportunity Commission.

“Now more people are finding themselves falling outside of that social contract and having to bear all that risk and harm on their own,” Yang said.

And the ongoing debate over how to classify workers signals that our traditional framework for employment and social benefits is increasingly obsolete, said Arun Sundararajan, a professor of business at New York University.

“The classification problem has become incredibly complex because it was designed for a different economy,” he said, one where work usually meant a job, not a gig. But he said disruptions from globalization to technology continue changing the nature of work, and our laws haven’t caught up.