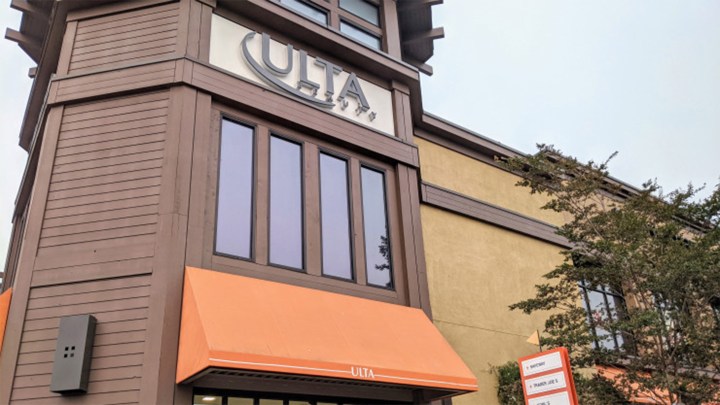 COPY
Consumers are interested in experimenting with colorful eye makeup these days, says consultant Jonathan Greenway. "There's a much larger focus on anything above the mask," he said. Jon Gordon/Marketplace
COVID-19

Consumers are interested in experimenting with colorful eye makeup these days, says consultant Jonathan Greenway. "There's a much larger focus on anything above the mask," he said. Jon Gordon/Marketplace
Listen Now

Retailer Ulta Beauty is hoping to seize on bright spots in the market for personal care products with a new TV ad campaign that touts the restorative powers of self-care during the pandemic. The company had pulled all TV advertising when the health crisis began in March.

The $500 billion global beauty industry has been transformed by the pandemic. With stores closed for months, millions working from home and many barely leaving the house — or wearing face coverings when they do — beauty revenues are estimated to drop up to 30% this year. But not all segments of the industry have been blemished by the COVID-19 downturn.

For years it’s been conventional wisdom in the beauty industry: When the going gets tough, consumers get lipstick.

“It is an inexpensive way to sort of keep up an appearance,” said Juliet Schor, a professor of sociology and an expert on consumer culture at Boston College. She said strong lipstick sales during periods of economic stress have been viewed as a sign of consumers seeking out affordable luxuries. “These are small purchases that can have big psychological impacts,” she said.

“But there’s a much larger focus on anything above the mask,” said Jonathan Greenway, a consumer products consultant with AlixPartners.

Eye makeup has remained strong, with consumers interested in trying out more experimental colorful looks while stuck at home, he said.

Even though people aren’t going out as much, they’re still worrying about their appearance, said Carlos Zavala, a communications consultant in Washington, D.C.

“I’m on camera now more than I’ve ever been in my life,” he said.

He’s now spending more on skincare than before the pandemic. With constant video meetings, he’s been scrutinizing his undereye bags and dry skin. Plus he has more time to try out masks — of the moisturizing and clarifying variety.

And his cucumber-green tea-scented face mist really helps to calm the nerves while doomscrolling the news.