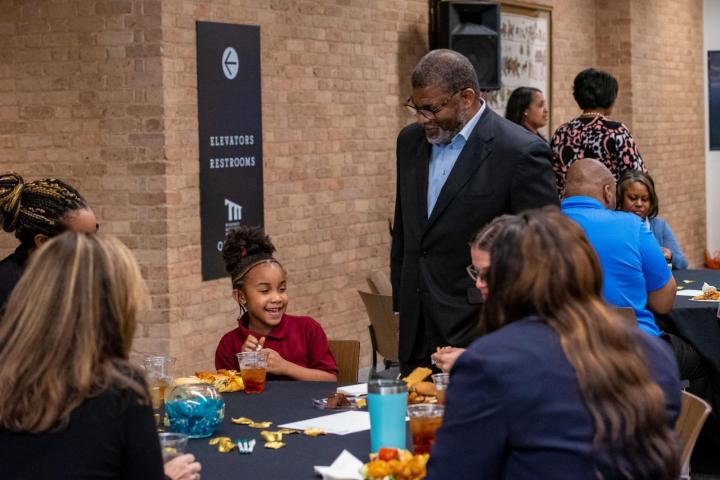 Growing up in segregated North Carolina, Bill Bynum recalled a credit union that was run out of the high school principal’s garage. The credit union helped Black people get loans at a time when other financial institutions were closed to them.

Now, decades later, Bynum is the CEO of Hope Credit Union, a Black-owned financial institution that has branches throughout the Mississippi Delta region. And while the scale has changed, Bynum’s mission isn’t so different from that garage credit union from his childhood: helping people who have few other places to turn.

“Marketplace” host Kai Ryssdal spoke to Bynum about Hope Credit Union and how the economy looks for the communities he serves. The following is an edited transcript of their conversation.

Bill Bynum: I actually joined a church here in Jackson [Mississippi]. And when I mentioned that I’d worked with credit unions in North Carolina, the minister said that he had been working for a long time to try to address the need for an alternative to the payday lenders and check cashers that were in the neighborhood surrounding the church. And so before I knew it, my ministry was to start a credit union.

Kai Ryssdal: That’s a good way to put it, that idea of your ministry being a credit union. Tell me about the communities to which you minister with Hope Credit Union.

Bynum: Well, the neighborhoods are predominately African American. And if you drive through many Black neighborhoods here in Jackson, or across the Deep South, you’ll find plenty of payday lenders and check cashers, but unfortunately, not very many banks. When you have a bank in a community, you’re more likely to be able to get a business loan or mortgage loan and to have a place to go to when your tires are out to get a small-dollar loan. In the absence of a nest egg to fall back on, of friends and family to borrow from, you go to where you can, and too often that’s a high-cost financial alternative.

Ryssdal: I’m not asking this the right way, but I think you’ll understand what I mean: How’s business for you at Hope Credit Union? I mean, are you seeing a lot of customers now? Do they need and use your services?

Bynum: You know Kai, I think in many ways we were created to be a resource for people in a time of crisis. When you think about low-income communities and communities of color, you disproportionately have people who work in the retail and the service sector, and those have been the sectors that have been hardest hit [by the COVID-19 pandemic]. We had to step in and do what we can do to provide a lifeboat. We also have been one of the more active providers of Paycheck Protection [Program] loans. In the normal course of a year, we’ll make 40 to 50 business loans. Well, since the PPP program opened, we have made more than 2,500 loans. From 40 loans a year to 2,500.

Ryssdal: So let me let me back out for a minute here and ask you a bigger picture question, and it’s a question about Black capitalism, right, because you are in the heart of a very specific piece of it. What is your sense of Black capitalism in this economy today?

Bynum: You know, Black capitalism is a critical part of closing the racial wealth gap, and nothing closes the wealth gap more than ownership. When you talk about Black capitalism, it is essential that we do more to equip Black entrepreneurs to start and grow and thrive. If you look at the wealth gap in America, it’s typically $10-$12 to $1, is what you typically hear. Well, for Black entrepreneurs, it’s closer to $3 to $1. It’s not where it should be, we should be equal, but 3 to 1 is a lot better than 10 or 12 to 1.

Ryssdal: Are you hopeful in this moment, Mr. Bynum?

Bynum: I’m a masochistic optimist. I guess. We’ve been doing this work for a quarter century, and I am glad that more people are focused on closing these gaps. I’ve heard more conversations about racial justice, about economic opportunity and about the role of minority depository institutions, quite frankly, in the past several weeks and I’ve heard in nearly four decades of doing this work, so I find reason for optimism in that.