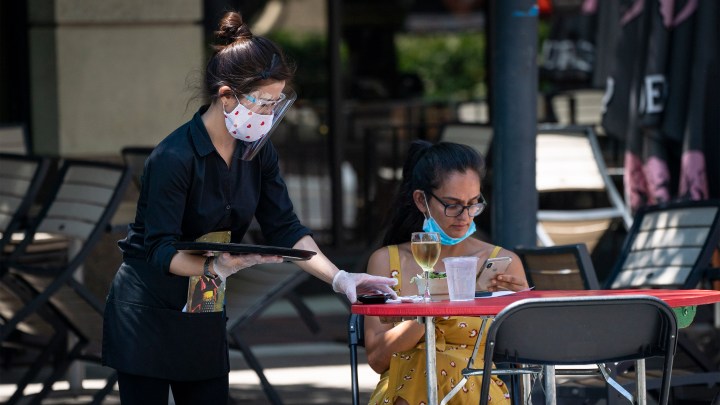 We got a decent — but not great — economic report Friday to kick off the weekend. The Labor Department told us that employers kept bringing jobs back in July, extending the recovery from the mass layoffs we saw when the COVID-19 pandemic started back in March and April.

The economy added 1.8 million jobs overall in July. The unemployment rate fell to 10.2%. That’s a tad higher than the rate’s peak in the Great Recession but a marked improvement from April, when it hit almost 15%.

So which jobs are coming back, and which are going away?

If the losses early in the pandemic were a torrent — 22 million jobs washed away in just about six weeks — the rebound since then has been more like a steady current: around 9 million jobs gained back.

And the back-to-work flow has been strongest in low-wage service jobs that were savaged early on, according to Julia Pollak, labor economist at ZipRecruiter.

“The largest gains were in leisure and hospitality, and in retail,” she said.

But job gains slowed considerably in July, compared to June.

“And that’s because as many cities and states had to pause their reopenings to fight back surges in COVID cases, businesses couldn’t really resume business as usual,” Pollak said.

“Home construction — and construction in general — is doing well, manufacturing is doing relatively well,” Frick said. “A lot of those are important to the economy because it supports service jobs.”

But Pollak has a warning for professionals whose jobs depend on the consumer economy.

“Among high-wage occupations where most workers can work from home, that typically are recession-proof, we see stagnation and even continued decline,” she said.