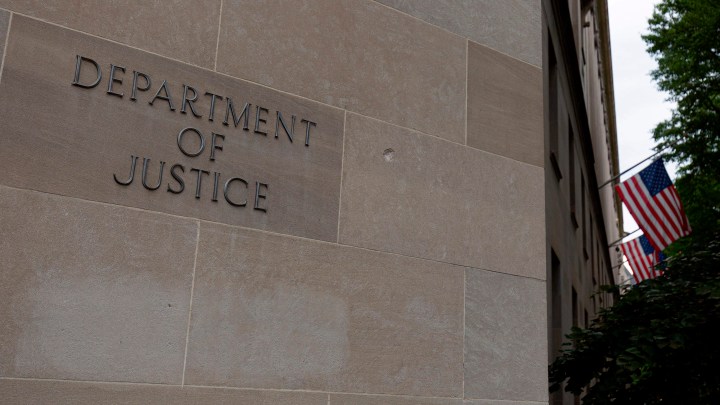 The U.S. Justice Department is accusing China of working with hackers to steal trade secrets and target U.S. companies working on a coronavirus vaccine.

Marketplace’s Nancy Marshall-Genzer has the latest on this story. The follow is an edited transcript of her conversation with Marketplace’s Sabri Ben-Achour.

Sabri Ben-Achour: Nancy, the U.S. is pointing the finger at two hackers in particular. What do we know about them?

Nancy Marshall-Genzer: The Justice Department indictment says there were two hackers, both in China. It says they worked with the Chinese government to steal millions of dollars worth of trade secrets and intellectual property from companies around the world. Prosecutors say the hackers targeted U.S. defense and health care companies, including at least four American firms working on coronavirus testing and treatment.

Ben-Achour: And how successful were these hackers?

Marshall-Genzer: The indictment doesn’t say. But the Justice Department says the hack could set back U.S. vaccine research or slow it down. That’s because the targeted companies now have to secure their research. They also have to be sure their data wasn’t corrupted by the hackers.

Ben-Achour: And how closely were the hackers connected to the Chinese government?

Marshall-Genzer: The Justice Department says they got help and guidance from Chinese intelligence agencies and also hacked some democracy activists in Hong Kong.

Ben-Achour: What does China have to say about this?

Marshall-Genzer: The Chinese embassy wouldn’t comment about it directly, instead pointing to remarks from a foreign ministry spokeswoman. She says the Chinese government opposes cyberattacks, and allegations that China is using hackers to steal U.S. research are “absurd.”