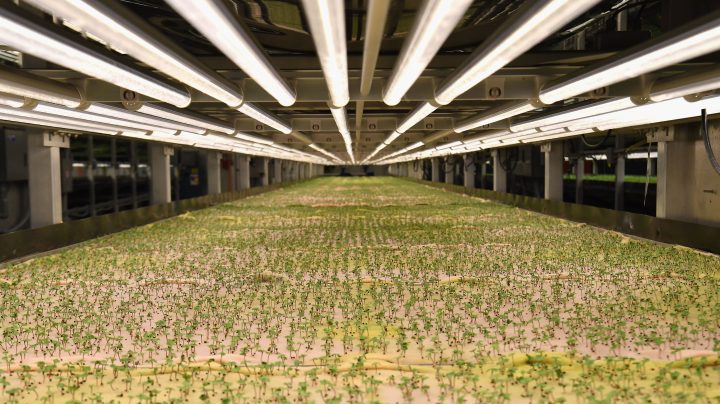 The U.S. and China are poised to sign a trade deal to undo some tariffs Wednesday, but thorny details remain unresolved, including how China treats intellectual property.

The U.S. accuses Chinese actors of stealing American ideas, including agricultural technology, which is the focus of one current case.

The case of Nutrient Optimizer

Chinese-born engineer Haitao Xiang was on a jetway in Chicago two years ago, boarding a plane for Shanghai, when he was detained.

He was carrying proprietary farming software from Monsanto, where he had quit his job the day before. Xiang was indicted for economic espionage and awaits a trial date. The software he’s accused of stealing, Nutrient Optimizer, pairs big data with planting.

“These new tools, based on data and data science, are going to bring this next wave of innovation to agriculture,” says a narrator on a Monsanto corporate video. Nutrient Optimizer uses data from weather patterns, satellite images and past harvests to help farmers figure out how much fertilizer to use. Xiang has pleaded not guilty.

“We’ve seen for more than a decade, now, a highly sophisticated, coordinated effort by the People’s Republic of China to not only steal our proprietary trade secrets, but do it in a very effective manner,” said William Evanina, head of the U.S. National Counterintelligence and Security Center.

Still, science historian Zuoyue Wang at Cal State Polytechnic says just because a few Chinese nationals are accused of espionage, “that doesn’t mean that everything is centrally controlled by the Chinese government.”

But the Justice Department does accuse Beijing of running special recruitment programs to lure experts with secrets.

“The government is likely gonna look the other way”

“Companies and researchers know that there’s a lot of funding, and also that the government is likely gonna look the other way in terms of how they managed to bring the technologies into China,” said author Mara Hvistendahl, who has an upcoming book on the theft of genetically modified seeds by Chinese nationals in Iowa in 2011.

In the last few years, the FBI has put Chinese workers in jail for stealing pesticide and seed secrets from U.S. companies, as in the Iowa case.

Despite these convictions, U.S. agribusinesses are still vulnerable to thieves and hackers, said Nicholas Eftimiades, a retired Pentagon intelligence officer.

“By and large, companies don’t like to put a lot into their security, whether it’s physical or cyber, because it bites into the bottom line,” Eftimiades said. Farming secrets can be worth hundreds of millions of dollars, he added.