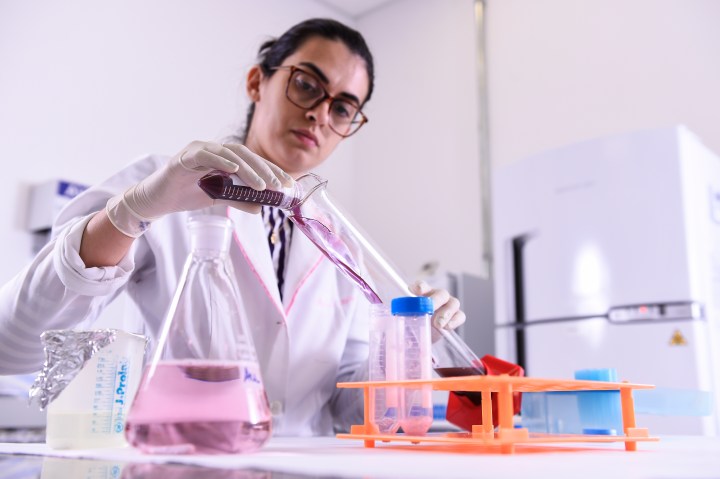 There are well over 100 coronavirus vaccines in development around the world, and many countries including the U.S. are in bilateral negotiations with manufacturers to secure doses — without knowing which vaccines will succeed.

And the odds aren’t great: There’s around a 7% chance that a vaccine in preclinical development will turn out to be both safe and effective. So even if a country invests in multiple vaccines, they might not pick a winner.

Gavi, the Vaccine Alliance — a public-private partnership that helps distribute vaccines to developing countries — is working on what is being described as an “insurance policy” to distribute the costs and rewards of vaccine development around the world. Participating countries will pool their money to fund the development of a variety of vaccines, and each country gets a limited number of doses of the ones that succeed.

The idea is to enable all countries, regardless of income, to vaccinate their highest-risk populations in order to quell the virus as efficiently as possible around the world — instead of vaccine doses going to the highest bidder.

“I think the challenge here is there is an assumption that if I can just get enough vaccine for my country, my populations, I’m fine,” said Gavi’s CEO Seth Berkley.

Berkley spoke to Marketplace’s Sabri Ben-Achour about the plan. The following is an edited transcript of their conversation.

Sabri Ben-Achour: Assuming we get a vaccine, there’s not, at first, going to be enough for everybody. How are you thinking about that scenario?

Seth Berkley: What we’ve tried to do is to basically say, “What percentage of the population would need to be vaccinated to dampen the epidemic acutely?” And we believe that is, on average, about 20% — that would allow you to cover every health care worker; that would allow you to go ahead and start working in your high-risk groups, whether they be the elderly or people with comorbidities. It would also be an opportunity to look at high risk transmission settings, let’s say like people working in nursing homes or meatpacking plants or, in developing countries, refugee camps.

So the solution then would be to try to get that 20% for every country — versus what we’re currently hearing about, which is a small number of countries trying to get 100% vaccination available. Which would mean a few countries would have access, and most would have none. And that’s not a very efficient way to end a global pandemic.

Ben-Achour: Gavi is developing what has been described as an “insurance policy” for a coronavirus vaccine. Can you describe how that would work?

Berkley: So the idea, of course, is that many countries are doing bilateral deals with manufacturers, and if they’re lucky, those vaccines will work, and they will have vaccines for their population. But even if they’ve invested in multiple vaccines, they may not be successful. This has been described as an “insurance policy” because the idea would be to have a large number of manufacturers, somewhere between 12 and 15 different approaches, that would be moving forward, which would maximize the chance of success. And, of course, if your vaccine did work, then, if you’re concerned about trying to get commerce back to normal and tourism and trade and really have the world move toward normal, you’re going to want other countries to also have access to vaccines.

Ben-Achour: You wrote that when it comes to coronavirus, “nobody wins unless everyone wins.” What do you mean?

Berkley: I think the challenge here is there is an assumption that if I can just get enough vaccine for my country, my populations, I’m fine. But of course, if you want to go back to normal, what you’ve got to have is a situation where you’ve really suppressed the disease around the world. If we end up in a free-for-all, with everybody competing with everybody else, it not only means there’ll be lots left out, and therefore we won’t go back to normal, but there’s also going to be competition for resources. The other thing that will happen is prices will start going up because there’ll be competitive natures and so it’s just not a great way to deal with things.