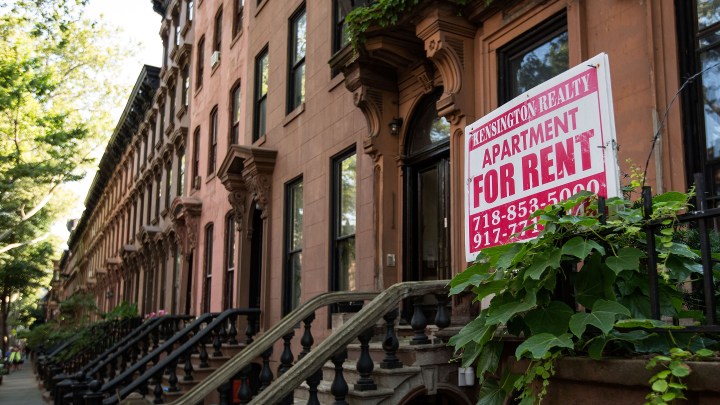 COPY
One reason tenants have been able to pay at all is the $600-a-week federal pandemic unemployment payments. Drew Angerer/Getty Images
COVID & Unemployment

One reason tenants have been able to pay at all is the $600-a-week federal pandemic unemployment payments. Drew Angerer/Getty Images
Listen Now

At the end of this month, the $600-a-week federal pandemic unemployment payments that millions of out-of-work Americans are now getting will run out, if Congress doesn’t extend them.

And, just after that, millions of Americans struggling financially will face another challenge: paying their August rent. For people who’ve been laid off or furloughed in the pandemic, and don’t own a home, the first of the month always looms large.

And, in July, making rent hasn’t gone so well for tenants.

“Thirty-two percent had either a missed or partial payment in the first week of July, indicating some pretty alarming levels of difficulty with housing costs,” said economist Chris Salviati at the rental site Apartment List.

Salviati says the group’s tenant surveys find the problem is worse among people making $50,000 a year or less.

One reason tenants have been able to pay at all is the $600-a-week federal pandemic unemployment payments. Michael Karpman at the Urban Institute said its recent survey found, among those getting the money, “pretty big declines in the share worried about paying for basic expenses in the next month, such as the rent or mortgage, food, utility bills and medical care.”

When it comes to the potential end of federal pandemic unemployment payments, it’s not just renters who are worried. Apartment List found nearly 20% of homeowners are now seriously concerned about foreclosure. 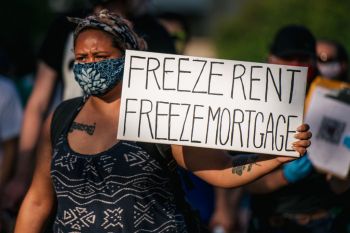