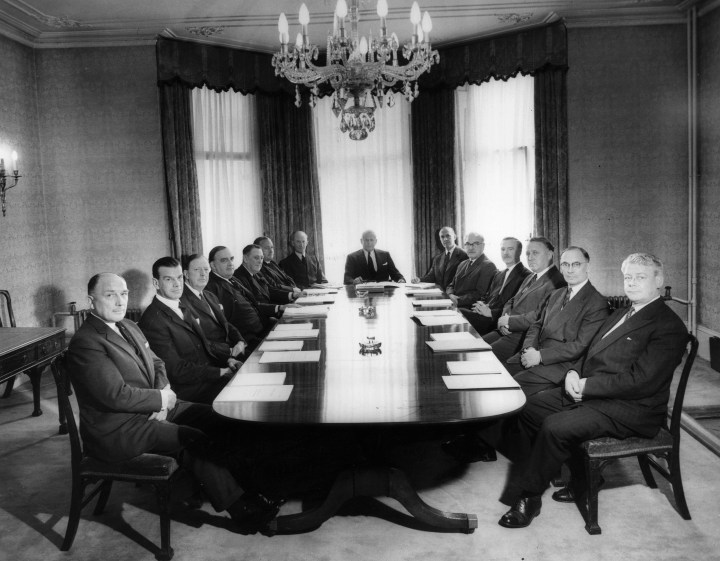 Companies across a wide range of industries have decided to slash CEO and executive pay amid the COVID-19 crisis, with some top leaders seeing their pay reduced from 10%, all the way down to zero.

The COVID-19 crisis has led to unprecedented job losses. Since mid-March, roughly 50 million Americans have filed for unemployment benefits. A recent survey from the firm Challenger, Gray & Christmas found that almost a third of companies cut employee pay, including for those at the executive or senior-level. Of those companies that cut pay, more than half reported the cuts allowed them to avoid layoffs.

But while those in the C-suite are taking salary cuts, you also have to consider other forms of compensation they’re still raking in — like stock shares and bonuses, pointed out David Lewin, professor emeritus of management and organizations at the University of California, Los Angeles.

When companies reduce executive and worker pay, and their workforce, they’re trying to reduce overall labor costs and increase the operating margin between revenue and cost, he said. And when they do that, the company’s share price usually rises.

“So if your compensation is heavily based on the stock shares you own in your company, you might cut your pay in half, but your stock shares might rise five times that much,” Lewin explained.

The individuals typically deciding executive pay cuts are usually the board of directors in public companies, potentially with the input of a compensation committee, according to Jake Downing, a partner in the employee benefits and executive compensation department of the law firm Seyfarth Shaw. Downing added that the C-suite also, generally, gives their recommendations.

That gulf raises questions about why CEOs and executives are making the amount they do during the pandemic, while millions of lower-ranked employees get furloughed or laid off. Why not reduce CEO or executive pay even more, if it can save some more jobs?

Marketplace reached out to a dozen companies to find out if any executives would be open to discussing how they calculate pay cuts, with all declining to respond or talk.

Downing said when companies are landing on the specific percentage they’re cutting executive pay, it’s not an exact science.

“Executive compensation is just part of those moving levels. They’re just trying to get to a number,” Downing said.

“I’m not quite sure there’s a formula that says, ‘Well, if we do this, then we can keep X employees,” Florin said. “I think it is more of a solidarity, a fairness issue, internally, on how you’re treating all levels of the organization. Everyone at every layer is going to bear the brunt of this. And we’re not going to put the brunt of it on our core workforce. We have to take our hit, too.”

Jan Koors, who also works at Pearl Meyer as a senior managing director, said from the company’s perspective, they might not see some workers as necessary if there’s a decline in demand.

That also raises questions about who gets valued at a company. Nick Donatiello, a lecturer in corporate governance at Stanford Graduate School of Business, and his colleagues surveyed directors on the boards of the largest 250 U.S. companies. According to their findings, those directors believed “that the CEO job is very difficult and that only a small handful of executives are qualified to run companies in their industry.”

But in another survey out of Stanford, nearly 75% of Americans said they believe CEOs are not paid the correct amount relative to the average worker. According to the survey, most Americans believe “CEOs are vastly overpaid.”

It wasn’t always that way. Back in 1965, CEOs of major U.S. companies, based on realized stock options, earned 20 times more than the typical worker, according to the Economic Policy Institute.

CEO compensation grew in the 1980s, and then began to balloon in the 1990s. That’s in part because in 1993, Congress allowed corporations to write off executive pay over $1 million from their taxes if they showed that pay is based on some measure of performance. Lynn Stout, a former professor of corporate and business law at Cornell Law School, told Marketplace in 2017 that “the obvious and most easily quantifiable thing is always share price.”

“This sparked an era in which CEOs were compensated largely through options, which coincided with the beginning of one of the strongest bull markets of the 20th century,” she said.

Lawrence Mishel, a distinguished fellow at EPI, said that CEOs have also had a lot of control over their pay by how they select the committee that sets their pay and the practices of these committees.

Meanwhile, worker pay has stagnated. According to the EPI, the hourly compensation of the majority of American workers has not risen in line with productivity since 1973.