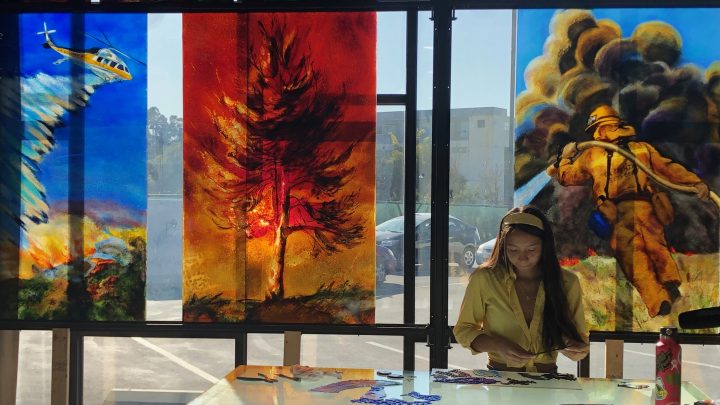 That would be David Judson, who in 2020 has figured out a way to keep his family’s studio as relevant as it was in 1897, when Judson’s great-great-grandfather founded the company. Judson recently wrote a book about the his family’s history and the company’s legacy in Southern California, “Judson: Innovation in Stained Glass.”

One recent project by Judson Studios is a series of stained glass windows for a Santa Clarita fire station depicting modern-day scenes of firefighters battling wildfires. It’s a public art project, something Judson said he’s been pursuing more of to help give the business a wider variety of income streams.

Judson talked to host Kai Ryssdal about reopening the studio after the COVID-19 shutdown and how the family business, like so many other companies recently, has had to focus on reinvention.

Click the audio player above to hear Judson’s interview with Ryssdal.

Correction (July 9, 2020): A previous version of this article misstated Judson Studios’ location. Its fused and kiln-formed glass business is in South Pasadena, California.