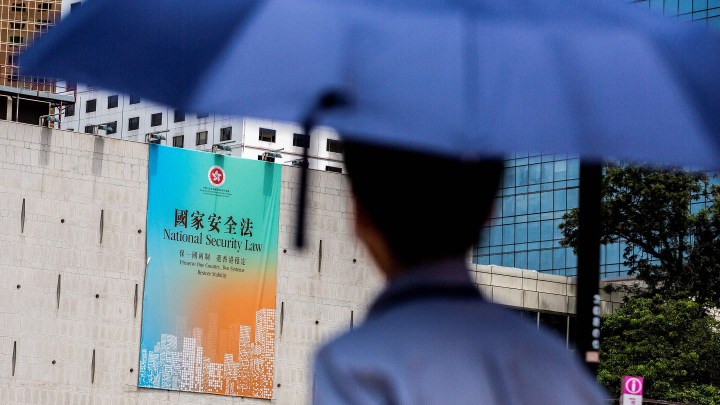 COPY
Chinese authorities repeatedly said the law is aimed at a few "troublemakers" and not investors, but people are nervous. Isaac Lawrence/AFP via Getty Images

Chinese authorities repeatedly said the law is aimed at a few "troublemakers" and not investors, but people are nervous. Isaac Lawrence/AFP via Getty Images
Listen Now

David Brancaccio: Why is this new security law needed?

Jennifer Pak: It comes after continuous anti-government protests in Hong Kong and is meant to tackle secession, subversion, terrorism and collusion with foreign forces. Chinese authorities repeatedly said the law is aimed at a few “troublemakers” and not investors, but people are nervous.

Brancaccio: What’s the fear about it?

Pak: That the new law will take things too far and take away freedoms that make Hong Kong the only real global financial center in China. Unlike, say, here in Shanghai, Hong Kong has a free internet, free press, no capital restrictions, an independent judiciary ⁠— things that international firms like.

Brancaccio: What could this mean for U.S.-Hong Kong trade?

Pak: The U.S. has already started eliminating Hong Kong’s special trade status. It has stopped exporting U.S. defense equipment to Hong Kong. American firms can’t sell certain technologies that can be used for military purposes here. Now there’s talk of more retaliation. And a bigger concern is that these tensions could spill over and affect the mini trade deal the U.S. has signed with China.