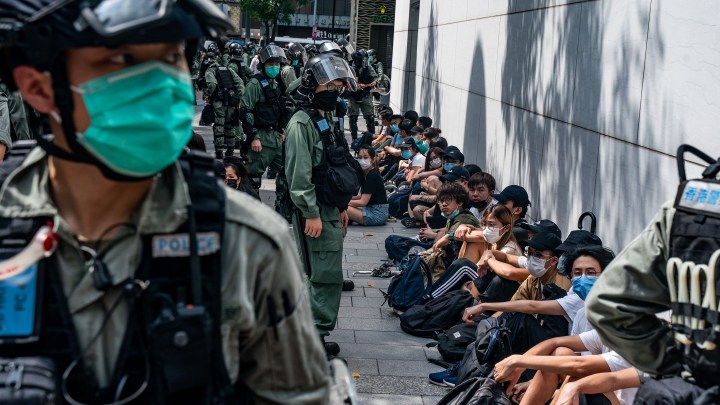 Over the weekend, Chinese foreign ministry officials and the state-owned media accused President Donald Trump of a double standard when it comes to protests. They said the president praised Hong Kong protesters, but is cracking down harshly on demonstrators in the United States.

This after the Trump administration signaled a tougher stance toward Beijing’s move to take away Hong Kong’s autonomy, with the White House saying it will cancel Hong Kong special U.S. trade status.

One Chinese foreign ministry spokeswoman tweeted out George Floyd’s last words, “I can’t breathe,” in response to a tweet from a U.S. State Department spokeswoman. She had accused China of breaking its promises to the people of Hong Kong after the Chinese government approved a tough new security law for the territory.

Last week, President Trump said he would end preferential treatment for Hong Kong. So, for example, Hong Kong would be subject to export controls that keep some sensitive U.S. technology from going to China. It’s not clear if Hong Kong will have to start paying U.S. tariffs on its exports.