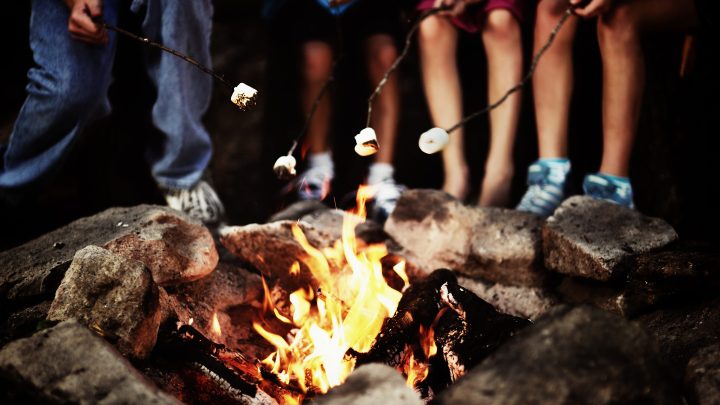 COPY
Many day camps are opening this summer, but a lot of parents are worried about COVID-19. (MrsVega via Getty Images)
Parenting in a Pandemic

Many day camps are opening this summer, but a lot of parents are worried about COVID-19. (MrsVega via Getty Images)
Listen Now

School is out, summer is here, and Angela Tindal has no idea what she’s going to do with her 8-year-old daughter for the next two months. The free New York City-funded camp she usually sends her to is closed.

“I’m kind of scared to send her, anyway,” she said. “But her being a child, she wants to be out and active with the other children, and I can’t fault her.”

There are no good options, it feels like, for a lot of parents this summer. Sixty percent say they don’t know how they’re going to keep their kids occupied, according to a recent survey by the American Psychological Association. Many camps are closed, and even where they’re open, a lot of parents are nervous about the risks of sending their kids, with COVID cases still on the rise in many states.

Tindal would love to find a way to get her daughter outdoors, having fun, playing with other kids — in a safe, socially distant way — but she doesn’t know how to make it happen this summer. She works full time, and other camps nearby are just too expensive.

James Suit and his wife went back and forth for weeks on whether or not to send their 10-year-old daughter to day camp this summer like they normally do. They ultimately decided against it because of COVID, even though they would have loved to get her out of the house — for her sake and for theirs.

“My wife and I just didn’t really feel comfortable putting her in a position with that many other kids, kids being kids,” said Suit, who lives in New Jersey. “Throwing her into a school environment just seemed really, really irresponsible.”

It’s a question states and camp directors have been grappling with, too — whether there is a safe way to do camp in a pandemic. Most states have decided the answer is yes for day camps, and no for overnight camps, at least so far.

It is a tricky balance. The virus is still circulating, and it can be hard to get kids, especially younger ones, to social distance. But three months into the pandemic, many parents are struggling to balance child care and work, and a lot of kids are struggling with isolation and screen-time overload.

A new normal at day camps

“This is a huge issue if we think about the economic costs of the pandemic and the mental health costs as well,” said Emily Oster, a health economist at Brown University. “In order to start to reopen, to get back to work, we need people to not also be full-time parenting. And so we are going to need some kind of child care.”

With the right precautions, she believes day camp can be a good solution.

“It is lower stakes than a school. It is less complicated. It is easier to imagine having small groups, and keeping small groups,” she said. “It’s a good way for us to figure out, what could the fall look like for schools.”

About 80% of day camps nationwide are opening this summer, according to an early estimate from the American Camp Association, though many are operating at reduced capacity because of social distancing requirements, and because fewer parents are enrolling their kids.

“Our registration is down significantly,” said Shaun Elliott, president and CEO of the Greater Philadelphia YMCA. “We’re running at about 30% of where we would normally register children this time of year.”

They have also had to reimagine what camp looks like, to abide by all the new health and social distancing guidelines. That was something the Y was ready for, unlike other camps that had to scramble when Pennsylvania Governor Tom Wolf announced in late May that they would be allowed to open.

“We had six sites where we provided childcare services to essential services staff, like hospital workers, so that they could go to work,” Elliott said. “So we had great experience in our protocols.”

Kids get their temperature taken and parents have to fill out a health questionnaire. Campers spend all day with the same small group of kids and the same few counselors. There are no shared activities. There is a lot of handwashing.

“They’re really like doing everything they can,” said Nicole Musial, a single mom and a pediatric nurse who is sending both her 9-year-old and her 5-year-old to the Y this summer.

The fact that it’s open, and affordable and she feels safe sending her kids there has been a godsend.

“I love my job and I can’t do my job without camp,” she said. “I had no other option. It literally saved my family.”

For her, camp is child care. For her kids, it’s a sense of normalcy in an otherwise upside down world.

“No path forward” for many sleepaway camps

For a lot of camps, though, there was no way to figure out the logistics in time to open this summer, even in states where they’re allowed. Sleepaway camps, in particular. Only about 20% of them are likely to open at all this summer, the ACA estimates.

“We were trying to make it work, but it became clear after some time that there was essentially no path forward as it relates to safety,” said Gregg Parker, who co-owns Camp Waziyatah in Waterford, Maine. “Almost all of the camps around here, all the directors I know, came to the same conclusion. It was just too difficult to maintain safety and to run the kind of program that we’re known for running.”

Robert Pacenza, the executive director of Rising Treetops at Oakhurst, an overnight camp in New Jersey for kids and adults with special needs, came to the same conclusion. Even if the state had allowed overnight camps to open, it didn’t feel like there was a way to do it safely.

“In a special needs population, there’s either personal care that absolutely requires the counselors being hands on, and literally lifting and feeding and all those things that are very intimate, physical care responsibilities,” he said. “We don’t have a population that’s going to be able to stay six feet apart — understand it, first of all, or be able to do it. Let alone keep masks on them or anything that we might try to do.”

But making that call was tough. Most of the families Rising Treetops serves are low-income, and don’t have many other options for affordable care.

Both Pacenza and Parker are confident their camps will survive, as long as they’re able to reopen next summer, but without financial help, many may not.

“Right now we’re in a very critical stage where we’re asking state and federal government for as much assistance as they can offer these seasonal businesses,” said Tom Rosenberg, president and CEO of the American Camp Association. “It’s sort of a unique calamity for us, because like seasonal restaurants as well, these camps will not typically open any other time during the year. So they will go a number of months now without the opportunity to generate revenue.”

Some city-funded camps, like the one Angela Tindal normally sends her daughter to in New York, are at risk, too, because of budget deficits.

More than 100,000 kids in New York City typically go to free camps and other summer programs funded by the Department of Youth and Community Development. None of them are open, at least not yet, and probably won’t be all summer.

“It’s really unfortunate that in a lot of ways, this is actually perpetuating the ‘tale of two cities,’ as Mayor de Blasio puts it. We have those who have, and those who don’t have. And for those who do have, there are summer camps running.” said Guillermo Grau, the director of community initiatives for United Activities Unlimited, which runs a number of DYCD-funded camps.

“Just as the coronavirus has already, it will continue to affect disproportionately minority families who are on the lower end of the socioeconomic ladder … It continues to perpetuate those discrepancies, it continues to leave people marginalized, and not have the resources they need to not just survive, but to thrive.”