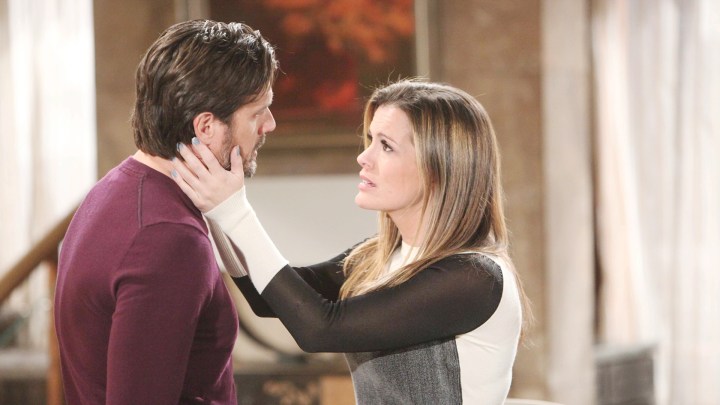 COPY
Melissa Claire Egan and Joshua Morrow star in "The Young and the Restless". Howard Wise for JPI Studios.

Melissa Claire Egan and Joshua Morrow star in "The Young and the Restless". Howard Wise for JPI Studios.
Listen Now

Lizbeth Dalgleish remembers watching the very first episode of “The Young and the Restless,” on March 26, 1973. There were already over a dozen American soaps on TV. But this one was different.

To Dagleish, in her 20s back then, the characters seemed really interesting and, well, young. She said the show provided a kind of escape from her own reality: stuck in an unhappy marriage at a time when divorce was taboo.

“I figured I could grab a half-hour. You know, it was difficult. But I’ve never missed a show yet,” she said.

Earlier this year, CBS renewed “The Young and the Restless” until 2024, which means it will soon air its 50th season. Soap operas don’t get as many viewers as a hit prime time show, and audiences for any network TV show are dwindling with so many streaming choices. So it’s no small feat to stay on the air, and profitable, for half a century.

Soaps still get more viewers than talk shows, but they’re more expensive to make. Some well known shows, like “All My Children,” were cancelled due to poor ratings.

“There’s a complex calculus,” said Robert Thompson, who teaches pop culture at Syracuse University. “If you can get more viewers for a cheaper show, like a ‘Dr. Phil,’ or an ‘Ellen,’ or a ‘Kelly and Ryan,’ or ‘The View,’  or any of these, eventually the cost benefit of continuing this venerable old genre begins to look a lot less attractive.”

Still, a soap is cheaper to produce than a prime time show. The actors make much less, the sets aren’t as ornate and, generally, soaps don’t tape on location.

And another major asset: an audience that is extremely loyal to the brand. After COVID-19 shut down most Hollywood productions, most soaps only had a few weeks worth of shows already filmed. By the end of May, only NBC’s “Days of Out Lives” was still airing new material. But “Young and the Restless” reruns consistently got better ratings.

Advertisers are interested in the kind of stability soaps can provide, according to Kelly Kahl, president of CBS Entertainment. “It’s a very easy sale for advertisers,” he said. “It’s an engaged audience, it’s a loyal audience and most also do watch live. Which gives kind of a temporal quality that advertisers are looking for.”

Dalgleish has been part of that stability. She was one of the millions who kept watching through the pandemic.

“I mean, when your whole world is suddenly thrown into upheaval, you look for things that haven’t changed in your life,” she said. “And they’re kind of like your life raft.”

She says she had kids, jobs, sickness, divorce. And while life often felt out of control, one thing remained certain for nearly 50 years: “The Young And The Restless.”

“And though the topics might touch on my life, they were by beautiful people. In a beautiful place. Most of them rich, not all of them,” she said. “It was just an escape. That one half-hour for myself.”