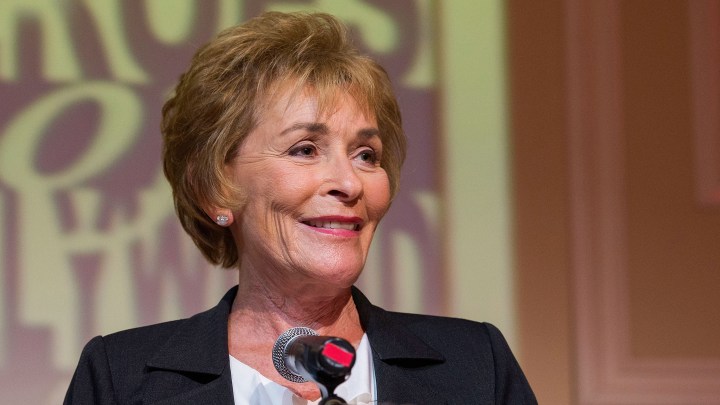 The gavel has come down on “Judge Judy.” Judge Judy — whose name is Judy Sheindlin — announced today that she’ll be wrapping up her hit courtroom show next year after 25 seasons.

Sheindlin is one of the highest-paid TV stars and her show is the most-watched series in syndication. But “syndication” might seem like a bit of a foreign concept to younger generations who grew up in the world of streaming services.

Tim Brennan is a big “Judge Judy” guy, watching almost every day. He said that while there are a lot of court shows, there’s only one Judy.

“She doesn’t put up with any mess,” Brennan said. “Some of those other court shows are just kind of ridiculous.”

Brennan watches her on FOX 6 in Milwaukee. But she’s on the CBS station in Los Angeles. That’s because syndicated shows are sold station by station across the country. Meanwhile, a prime time show like “Survivor” only airs on CBS channels.

“There are certain times of day that the networks don’t control,” explained David Lieberman, professor of media management at the New School. “They do control prime time, usually, but not daytime. And that’s where the local station might say: ‘We’re willing to buy this show from you.'”

Making it to syndication — be it reruns like “Seinfeld,” or ongoing shows like “Judge Judy” — can be really lucrative. But the rise of streaming could change the model, according to Tim Hanlon, a media analyst with Vertere Group.

“A show like ‘Judge Judy’ may actually be more attractive if packaged up and more directly accessible to consumers instead of having to go through the intermediary pipe of a TV station,” Hanlon said. “You could make the argument that the new syndication may actually be through streaming services.”

Sheindlin said there will be reruns of Judge Judy, and that she’s starting a new show, “Judy Justice.” No word yet on where that will air.