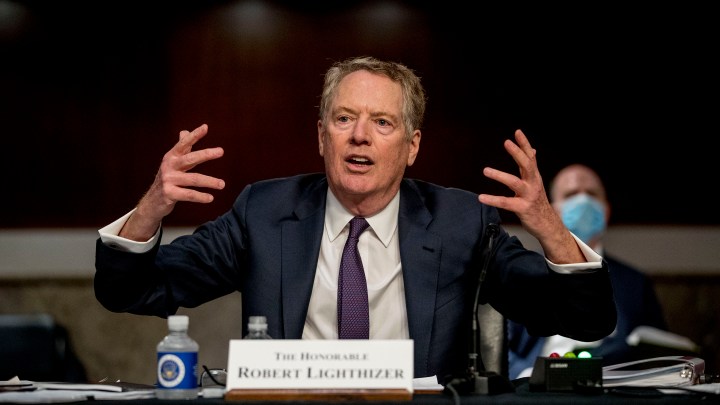 Are trade tensions easing with China? The answer depends on where you look.

On the one hand, President Donald Trump has just renewed threats to cut economic ties. On the other, there’s reportedly a fresh deal for China to make good on an earlier agreement to buy more U.S. farm goods.

First, to President Trump, who renewed a threat of “complete decoupling” from China. That, a day after U.S. Trade Representative Robert Lighthizer said this at a congressional hearing: “Do I think that you can sit down and decouple the United States economy from the Chinese economy? No. I think that was a policy option years ago. I don’t think it’s a reasonable policy option at this point.”

Trump responded to that comment in a tweet yesterday saying yes, in fact, decoupling is still an option.

That comment also came after face-to-face diplomatic talks resumed between the two countries for the first time in months. The talks, held in Hawaii, were described as tense.

But Bloomberg reported that they resulted in a Chinese commitment to make good on promises under a so-called phase one trade deal with the U.S. to buy more farm goods, including soybeans and corn.

That would help American farmers hit hard by the trade tensions between the two countries.