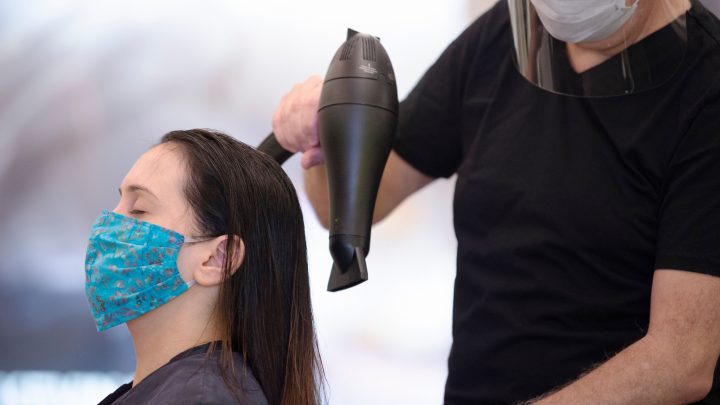 A snapshot of who’s hiring now, plus a warning about employment predictions in an unknown COVID-19 recovery.

America’s job market added 2.5 million new jobs in May, as the economy began to wake up from what one economist called a “medically induced coma.” The new jobs are clustered in people-facing companies that have started to hire back workers they’d furloughed, so in reality many aren’t so new. We’re talking about places like bars and restaurants, hair salons, medical offices and car dealerships.

Spot a trend? Yep, it’s the service sector, the heart of the modern American economy and the epicenter of the recent jobs earthquake. A record 20.5 million jobs evaporated in April, some losses coming in surprising areas like nursing. We’re in a unique recession, prompted not by a housing bust or a market crash, but a virus with an unpredictable course. Sure, we have data from the 1918 flu pandemic, but it’s of limited utility for projecting jobs in e-sports or Starbucks. To be sure, jobs are growing right now in key spots we highlight below, but beware of forecasting too far out. As one economic expert warns us, don’t rely on economic experts. “The leading economic indicator is the virus,” energy scholar Sarah Ladislaw told us weeks ago.

At the dentist, at the doctor. Start flossing. These sectors awoke in May, when employers added 312,000 positions as partial re-openings allowed for teeth cleanings and physicals.

Retail positions, which got whacked with 2.3 million losses in April, began a potential comeback to the tune of 368,000 jobs. Where? In clothing stores, car dealers and general merchandise stores.

Salons, barbershops. Job postings in the beauty & wellness category rebounded at the job-listing behemoth Indeed. So did food prep and driving postings.

Online shopping outlets posted 176% more new job listings than the January/February average, the analysts firm Emsi found. That means 8,000 more new listings. Shopping from the couch may be locked in for more and more Americans.

Hardware and networking: During the job crash of April, when just about every industry shed jobs, hiring according to LinkedIn rose a remarkable 2.3% for semiconductor makers, internet service providers, wireless firms and makers of networking gear.

Small biz jobs. The hiring rate for small businesses ticked up 0.4% in May, LinkedIn said, noting that small businesses shed workers first in the recession and now may be recovering sooner. By contrast, larger companies with more than 10,000 workers pared back 39.6%.

Tourist jobs. No surprise here. Are you going anywhere? Hospitality and tourism listings on Indeed plummeted 61% compared to last year. “These are jobs that will be hard to see demand picking up with all the restrictions we have,” Indeed economist research director Nick Bunker told us.

Arts & entertainment job listings on Indeed also fell by more than half over last year, as it may take months or more for Americans to visit museums and live shows again.

Child care “is still very depressed,” Bunker said, noting that this is a bellwether for all other job sectors. “Child care is an industry that supports other industries. If there is no child care for workers, folks will have a much harder time returning to work.”

Nursing did not join the broader health care jobs rebound. Around 37,000 nursing jobs evaporated in May, when non-COVID-19 procedures fell off and struggling hospitals cut their budgets. “One thing that’s really scary about this recession is that jobs we thought of as ‘safe’ have not been safe,” labor market economist Martha Gimbel of Schmidt Futures told Marketplace. “For instance, education and health services is a sector we think of as safe in recessions. During the Great Recession there was not a single month of negative job growth.”

“Jobs we thought of as ‘safe’ have not been safe.”

A long, painful jobs road lies ahead. It’s important to keep in mind that hiring is just starting to climb out of an enormous crater. From February through April, Americans lost a whopping 22 million jobs, and in May we got 2.5 million back. The number of job listings out there now pales in comparison to 2019 and 2018.

People returning to their old jobs is the main story so far. Four-fifths of the rebound in May benefited workers who’d been classified as temporarily laid off, according to Cornell labor economist Erica Groshen, former commissioner of the Bureau of Labor Statistics. In other words, bosses by and large are simply bringing old workers back. “This goes along with putting the economy in a medically induced coma,” Groshen said. “We just wanted to put it to sleep for awhile.”

Government money is fueling hiring. Many employers saw their government Paycheck Protection Program loans come through, and most of that money has to be used to pay workers. For many companies, “I don’t think they are seeing a huge boom in demand right now,” Gimbel of Schmidt Futures said. “It seems much more likely their PPP loans came through.”

Four in 10 jobs may never return, according to a study from the University of Chicago. A reality of all recessions is that businesses fail, so furloughs and temporary layoffs can become permanent. “How I’d envision this is, there are certain businesses, say small independent restaurants, that as the pandemic goes on and on no longer appear to be viable businesses,” study lead author and financial economist Jose Maria Barrero said. “They might end up closing, even though they thought a few weeks ago they might recall all employees back.”

Many, many restaurants will fail. 75% of independent restaurants may not reopen, industry estimates cited by the Aspen Institute suggest, leading to the permanent loss of up to 7 million jobs.

Long-term endangered: Retail, warehouse, factory, transportation. These are jobs threatened by automation – robots and software – and they’re often at risk in recessions, when many employers invest in people-replacing solutions. The good news for workers: these technological substitutions take time.

This is a very different kind of recession. In past downturns, factory and construction work dried up first, and then took a long time to come back. Think about the Great Recession that began in 2008: a housing collapse was at the center. This time, the epicenter is the services sector, where the vast majority of Americans work, as COVID-19 stay-at-home restrictions wiped out consumer-facing activities and thus consumer-facing jobs. “Instead of a slow, gradual slowdown in goods production, we saw a sudden huge drop in employment in the service producing sector,” Indeed’s Nick Bunker said.

“Instead of a slow, gradual slowdown in goods production, we saw a sudden huge drop in employment in the services producing sector.”

Avoid experts bearing numbers. This is a moment to be skeptical of economists and experts, expert economist Martha Gimbel at Schmidt Futures suggests. The leading economic indicator — and leading jobs indicator — is the virus path. If case numbers fade, more American can resume their economic lives and spending, which is the key engine to GDP. But who knows if or when that happens? “Economists always want to know all the answers, but this is one where we can’t — we’re not epidemiologists,” Schmidt said. “It’s really important not to over-interpret what’s in the data right now.”

Employers are flummoxed about what to do, because the COVID-19 future is so unpredictable. You’ve heard on Marketplace how business hates uncertainty. Uncertainty makes companies avoid big decisions and hires. It leads companies to lay off or furlough workers to ride out the storm. “As people [at companies] become less secure, you get less investment,” Cornell’s Groshen said. “More companies want to hoard their cash and are going to shrink their staffs.”

Life will change in unpredictable ways. How many of us will work from home forever? Will Zoom replace in-person meetings? College lectures? Is this the end of the buffet as we know it? Would you take a cruise, attend a conference, or a concert? Lots of jobs in settings that rely on human gatherings face big unknowns, because it’s too early to know if people will revert to their old patterns or lock in their coronavirus behavior. “I used to buy coffee on the way to work every morning,” Gimbel said. “I don’t do that anymore, and I’ve really gotten used to that.”

Long-term megatrends in jobs will continue, Groshen predicts. The move to shorter, less global supply-chains could provide opportunities in logistics and supply-chain management. Automation in all sectors will reward people savvy with robotics and coding. A gradually graying America provides ever more opportunities in eldercare, home health care and personal services. Here’s the federal government’s long-term crystal ball (which came out before the COVID-19 crisis) incorporating broader changes in the structure of the U.S. economy and workforce.

More links and info below: