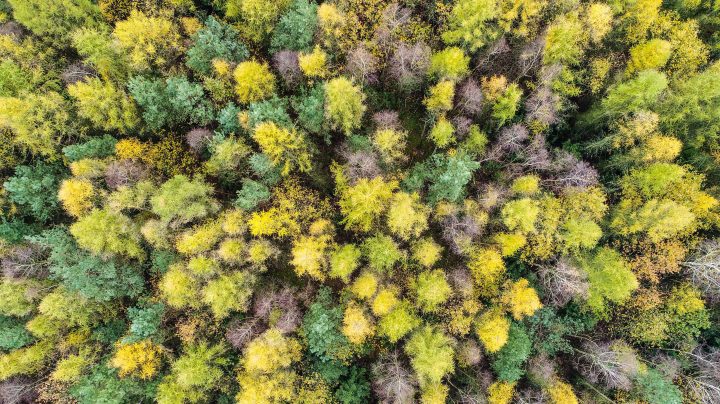 COPY
Macroeconomic data can help you see the big picture — the forest. But if you want to understand how groups within the economy are doing, examine the trees. Patrick Pleul/DPA/AFP via Getty Images
COVID-19

Macroeconomic data can help you see the big picture — the forest. But if you want to understand how groups within the economy are doing, examine the trees. Patrick Pleul/DPA/AFP via Getty Images
Listen Now

Understanding the health of an economy depends on how you frame the data.

Macroeconomic data (like that found in the Bureau of Labor Statistics jobs report) can tell you about the economy as a whole, but disaggregating that data — breaking it up into subcategories like race, gender, and location— can reveal some interesting and important realities.

Rhonda Vonshay Sharpe is an economist and founding president of the Women’s Institute for Science, Equity and Race (WISER). She talked with Marketplace host Kai Ryssdal about why getting more people to think about data in that disaggregated form has long been one of her goals. The following is an edited transcript of their conversation.

Kai Ryssdal: So help us understand why disaggregated data matters in a policy sense.

Rhonda Vonshay Sharpe: So, I think I want to start by saying that when we disaggregate data, we move away from biases. So if you disaggregate data by race, you move away from whites being the norm. In a policy perspective, disaggregating data allows you to find the nuances and outcomes so that you can craft better policies. For example, when we think about the unemployment numbers that came out on Friday, the reports say that unemployment for Blacks increased from 16.7 to 16.8[%]. But that’s the unemployment number for Blacks as a whole. If you disaggregate that, which the BLS did, then you will see that unemployment for Black men went down from 16.1 to 15.5, but for Black women, it increased. The challenge when we don’t have data that has been disaggregated, is it’s harder to craft effective policies. You end up proposing policies that are sort of one-size-fits-all, and that might not be the population that is most vulnerable.

Ryssdal: Could you give me an example of data that is not disaggregated that you have come across that we would benefit from knowing some of the details and the intersectionality of it?

Vonshay Sharpe: Yeah, so I’ll stay with an unemployment example. So BLS reported that part-time workers have increased, but they did not disaggregate that data. So what we don’t know is, was that an increase in the number of women who are working part time? We don’t know if that was an increase in the number of folks who are caregivers, we don’t know what sectors that impacted. So as we’re thinking about the CARES Act and we’re thinking about the payroll protection plan, we need to have data that’s coming out of BLS that’s talking about the current economic situation to be disaggregated, so that for the next round of policies, we can have policies that are going to be effective and actually help the folks who need the most help.

Ryssdal: Do you suppose this is a moment — or do you hope, I guess —  that this is a moment where this cause might take on a little bit of resonance for people as we try to figure our way through this?

Vonshay Sharpe: I’m optimistic. So, Sen. [Elizabeth] Warren and [Rep. Ayanna] Pressley, as well as Sen. [Tim] Kaine and Sen. [Mark] Warner have proposed disaggregating data of the COVID-19 pandemic. My concern is whether or not it will be disaggregated appropriately. If you look at the way that COVID-19 data is being reported, it’s being reported by race and ethnicity, and it’s been reported by gender and county and age, but what we really need to have that data reported by is at the intersection of race and gender and age and location, so that we can have an idea about who’s being impacted. And I’m not confident that that’s going to happen.