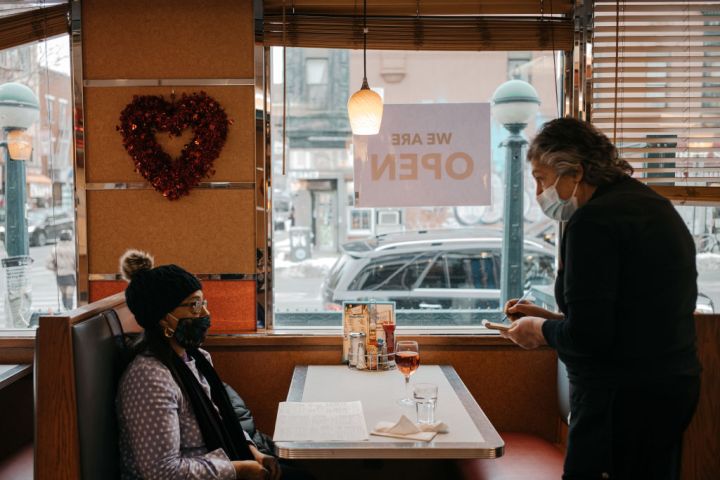 Less productive businesses like restaurants have started to reopen, which may be causing national productivity data to decline. Scott Heins/Getty Images

Less productive businesses like restaurants have started to reopen, which may be causing national productivity data to decline. Scott Heins/Getty Images

The Department of Labor released revised fourth-quarter labor productivity figures Thursday, which showed a 4.2% contraction, the sharpest drop since 1981. While that sounds bleak, it might not be quite so ominous.

That’s because labor productivity measures the economy’s output per hour worked. And according to Ioana Marinescu, assistant professor of economics at the University of Pennsylvania’s School of Social Policy & Practice, reopening businesses might be weighing on the data.

“Businesses that were not as productive normally, such as restaurants, have started reopening,” Marinescu said. “So that drags down the average productivity.”

One quarter of low productivity doesn’t necessarily indicate a problem in the economy. But as a long-term trend, it would.

“We really take productivity as a sign of the capacity of the economy to function, and create more value and raise living standards,” said Ataman Ozyildirim, senior director of economic research at the Conference Board. “It is a basis for future living standards. If productivity rises sustainably, that means that down the line, wages are going to be increasing on a more steady, stable basis.”

On the other hand, if productivity growth is low, wage growth tends to be low too, as was the case following the Great Recession.